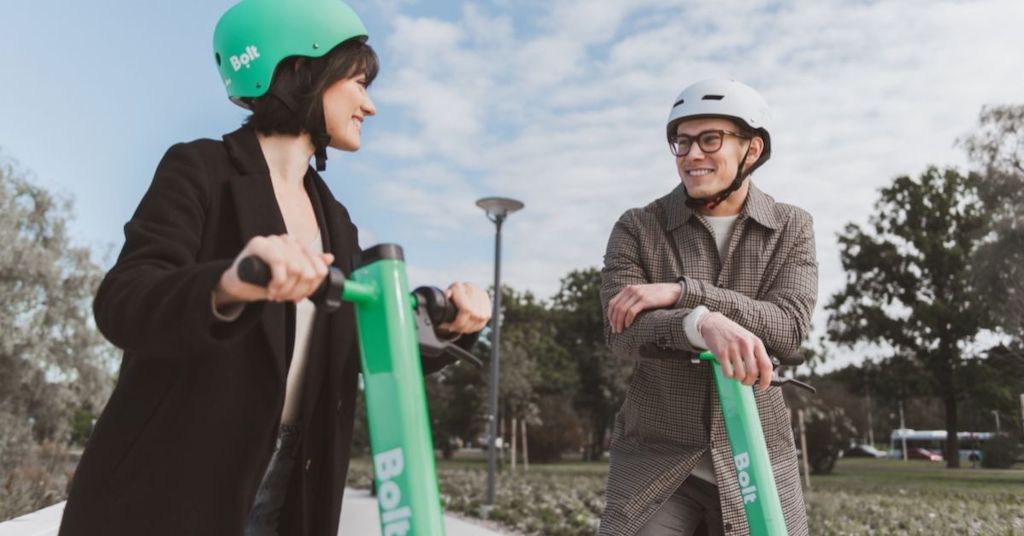 Research carried out by Bolt and Norway’s national Institute of Transport Economics, TØI, suggests that for short distances around half of Bolt app users could be encouraged to choose an e-scooter over a shared ride.

This is dramatically greater than previous research on substitution patterns for rented e-scooters in Europe, which found that scooters typically replaced 5–10% of car trips.

Bolt says its business model, which offers both ride-hailing and e-scooters in the same app, means the company is uniquely positioned to “understand how people make their transportation choices and how we can help them find greener options.”

The tie up with TØI was designed to investigate how to nudge people towards more sustainable mobility options.

They devised an experiment in which Bolt users who requested a ride-hailing trip shorter than 3 km were encouraged to use a scooter if one was available within 300m or five minutes walking distance.

TØI‘s analysis found that after requesting a ride and then receiving the recommendation to use a scooter, three main elements influenced a user’s decision:

Trials in each city lasted between 4-6 weeks. Bolt found that in Oslo 3,800 additional scooter trips were taken compared to normal, while in Lisbon, the scooter trip count increased by 1,500.

According to Bolt, “this shows that when people see additional scooter information in the app, they’re more likely to alter their behaviour in the long term.

“In other words, once people discovered the simplicity and convenience of using a scooter, they were more likely to opt for one instead of a car.”

To better understand user behaviour and increase the share of eco-friendly transportation, “we’ll continue our cooperation with the Institute of Transport Economics”, says Natalia Gutiérrez, Head of Sustainability at Bolt, promising “more specific plans will be announced later this year.”