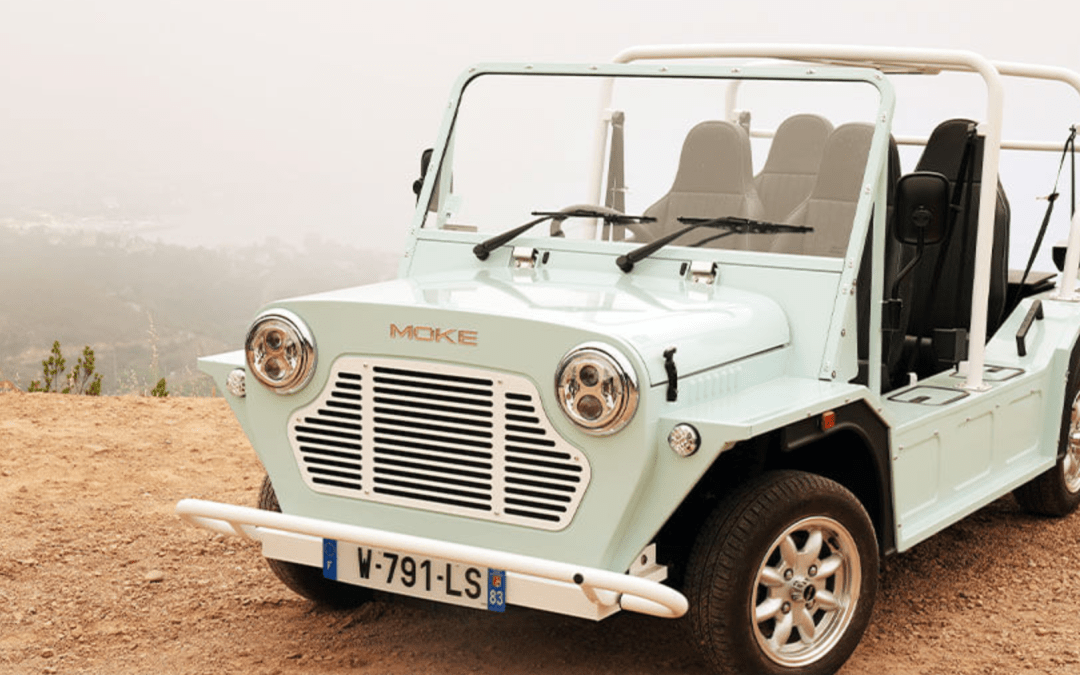 After 40 years, MOKE International has announced that it is returning the Moke Californian to America with the more powerful and highway-legal Electric MOKE Californian. This will be a zero-emission reimagination of the original Mini Moke.

The Electric MOKE Californian is hand-crafted in the UK, but its name is a U.S market specific tribute to the 1977 Moke Californian. This will mark the first time that a version of the original Mini Moke has gone on sale in the U.S and the first time a highway-legal version has been available.

The car has a top speed of 50mph and when fully charged, the electric MOKE Californian offers a range of 80 miles. From empty to full, the company has said that it would take four hours to recharge on a US Type 1 charger.

“This is a momentous time for MOKE International. It’s great to be able to offer the US market a genuine MOKE car for the first time in 40 years. The original Moke Californian represented an incredibly important chapter in the company’s rich history; we are proud that the MOKE lives on and can be enjoyed in the electric era.” said Isobel Dando, CEO, MOKE International.

MOKE International has reinvented the legacy of the Mini Moke for the electric era. The car cemented its status as an icon of the Swinging Sixties, having admirers such as The Beatles, The Beach Boys and Brigitte Bardot, all seen driving the Mini Moke in glamourous seaside settings.

The new electric MOKE Californian embodies all the desirable features of the Mini Moke, being fun, free, with a taste of fresh air but also helping drive the world towards clean air.

The car has a 44hp electric motor weighing less than 800kg. The real-wheel drive electric MOKE Californian covers 0-34mph in 4.3 seconds and achieves a top speed of 50mph, said the company. Details on when the vehicle will go on sale in the U.S, along with pricing, will follow in the next few weeks.