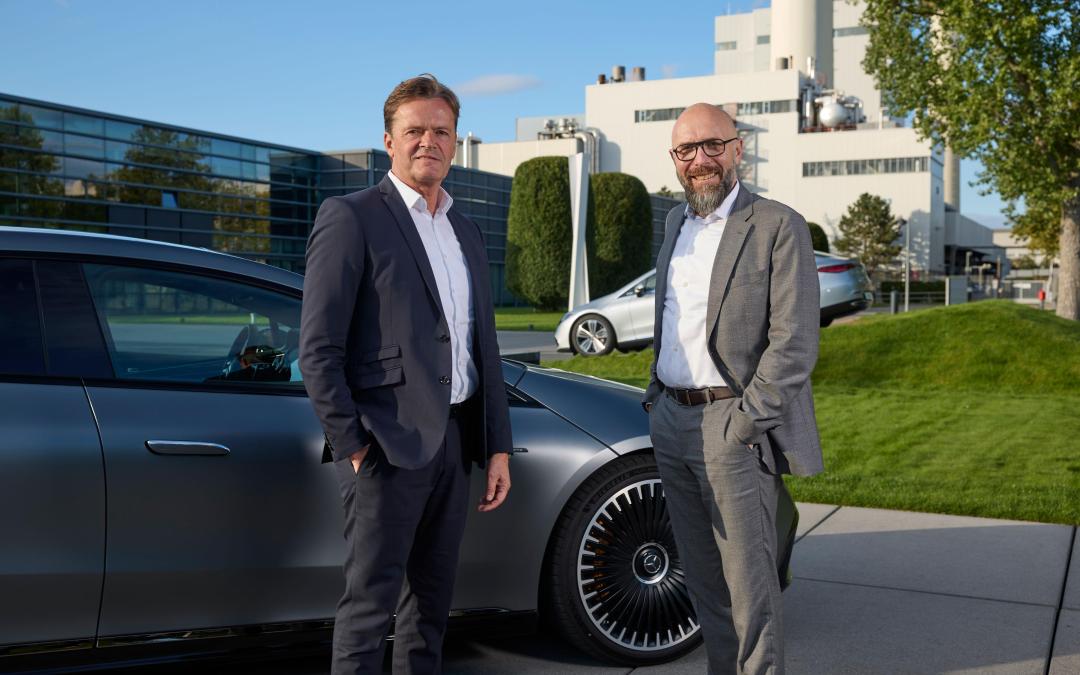 Rock Tech Lithium has announced that it has entered into a supply agreement with Mercedes-Benz. A strategic partnership was initially announced in August, therefore, furthering this agreement, the parties have agreed on the supply of an average of 10,000 tons of battery-grade lithium hydroxide per year.

The agreement will stretch over a five-year term and is said to represent a roughly total estimated sales volume of approximately C$2 billion of €1.5 billion and over 40 percent of the expected annual production from the planned converter capacity in Guben, Germany.

The company has said that the Supply Agreement provides for a five-year term, commencing with a preceded qualification period in 2026. It is expected that after, Rock Tech Lithium will deliver an average of 10,000 tons of refined lithium hydroxide to Mercedes-Benz supply chain annually under the Supply Agreement from Rock Tech’s first lithium converter in Germany.

“Signing the Supply Agreement marks a significant milestone of our offtake strategy, and I am honored that Mercedes-Benz demonstrates trust in Rock Tech as a new but reliable player in a diversified European battery supply chain,” commented Rock Tech’s Chief Executive Officer, Markus Bruegmann at the signing event in Sindelfingen, Germany. “We are well aware of the significance of this relationship to both parties. We intend to focus our efforts on providing lithium hydroxide that will help to bring Mercedes-Benz’ electric mobility ambitions into action. This arrangement is a major step forward in our plans to directly contribute to clean mobility.”

It is expected that the agreement will see Rock Tech supply Mercedes-Benz with high quality lithium hydroxide to equip approximately 150,000 electric cars with high performance batteries.

“This significant amount of lithium sourced directly from Rock Tech will help Mercedes-Benz to advance localization of European production of state-of-the art battery cells. The on average 10,000 tonnes of lithium hydroxide per annum will play a key role in securing the lithium supply for our battery production in Europe, to help achieve our ambitious electrification goals”, said Markus Schäfer, Member of the Board of Management of Mercedes-Benz Group AG, Chief Technology Officer, responsible for Research & Development and Procurement.