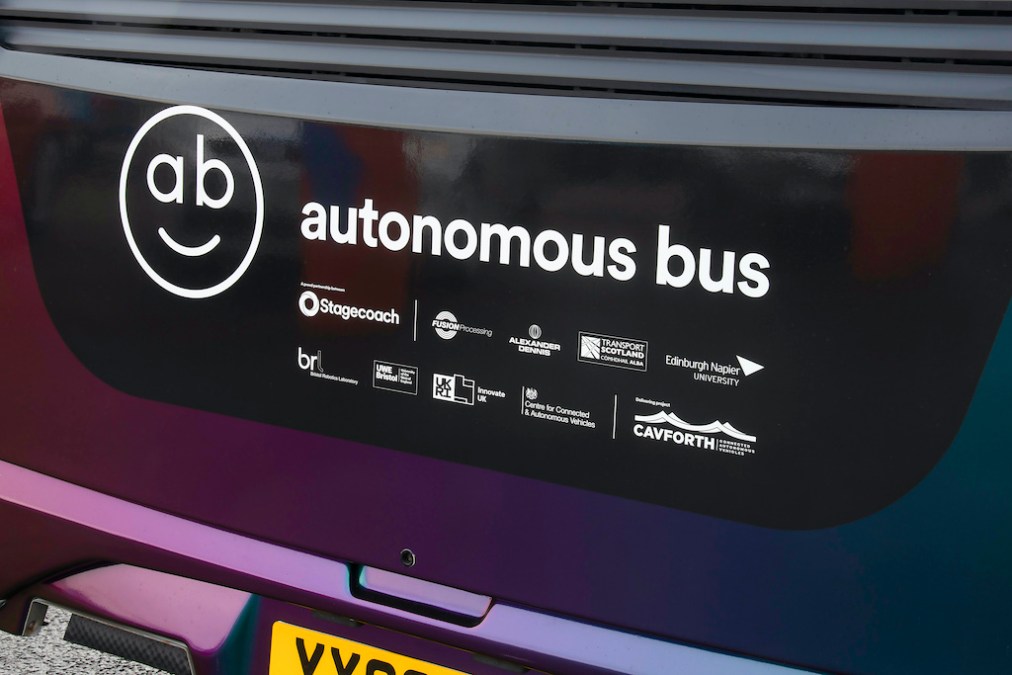 British bus manufacturing company Alexander Dennis, one of the world’s leading independent global bus manufacturers, this week previewed its autonomous bus that will launch in Scotland next year.

It is the next key milestone in the CAVForth trial which will see full-sized autonomous buses running on UK roads for the first time.

The new service, developed in partnership with Stagecoach, Fusion Processing and Transport Scotland, will be made up of four Alexander Dennis Enviro200 single deck buses running a 14-mile point to point route crossing the iconic Forth Road Bridge.

It will provide capacity for up to 10,000 passengers a week, connecting Ferrytoll Park & Ride in Fife with the Edinburgh Park transport hub and is expected, says Alexander Dennis, to be popular with commuters, students, day trippers and tourists as well as “novelty riders keen to be first to say they have been driven by a computer”.

The new service is designed to make it easy for people to switch to public transport and comes on the back of the COP26 climate change summit where bus operator Stagecoach said that the fastest way to make progress towards the UK’s net zero ambitions is by people “switching from making car journeys and instead travelling by public transport, cycling or walking”.

The four Enviro200 buses are currently being fitted out with sensor and control technology developed supplied by project lead, Fusion Processing. The vehicles are also being put through their paces with an array of virtual and track testing to ensure all systems are functioning as expected before on-road testing begins later this year.

The design of the livery is intended to ensure the vehicles stand out on the road but still feels like a regular bus while also acknowledging the array of project partners who are making this world-leading pilot service a reality: Stagecoach, Fusion Processing, ADL, Transport Scotland, Edinburgh Napier University, Bristol Robotics Lab, University of the West of England, as well as the Centre for Connected and Autonomous Vehicles as funding partner.

Jim Hutchinson, Fusion Processing CEO, said, “CAVForth is an exciting pilot service and a great demonstration of our automated vehicle technology. The vehicles are fitted with CAVstar, our automated driving system which combines our own hardware and software to create, safe, AV Level 4, full sized buses. The buses will be operating on a 28-mile round trip that includes motorways, single carriageway A-roads, minor roads, bus lanes, roundabouts and junctions with and without traffic lights. We believe it will be the most comprehensive Autonomous bus demonstration to date.”

Scottish Minister for Transport Graeme Dey added, “This is another welcome step forward for the incredibly exciting Project CAVForth, as we move closer to seeing it go live next year. This ground-breaking and globally significant project will really help the country establish its credentials on the world stage.”