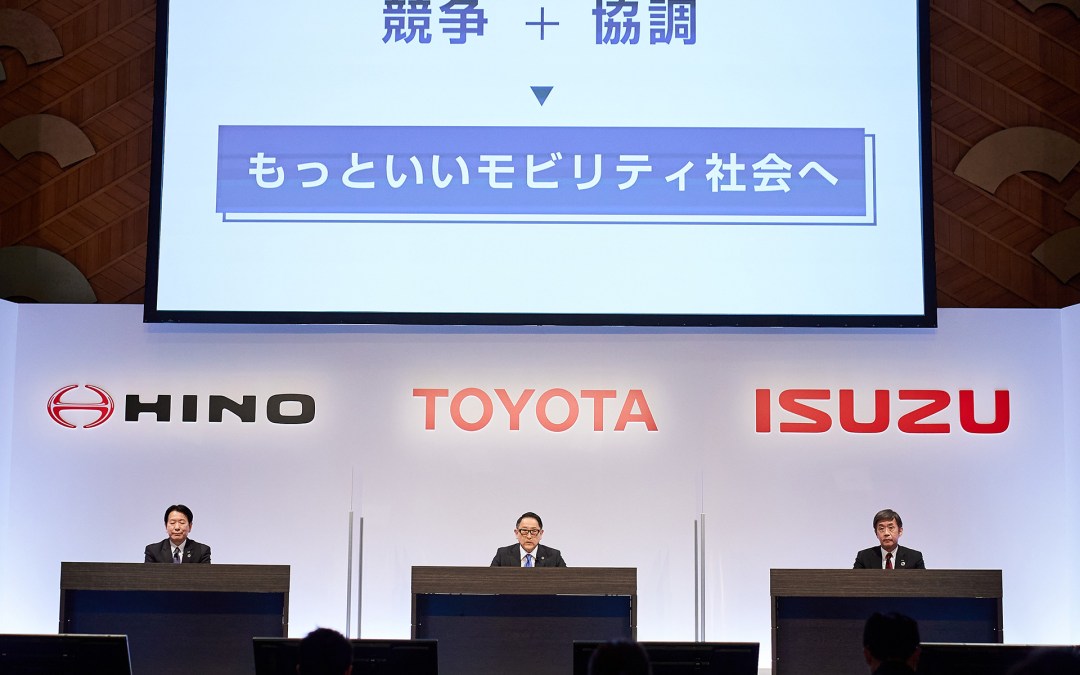 Toyota Motor Corp and Isuzu Motors have revived a partnership designed to bolster their competitive edge in connected, commercial vehicles.

Toyota and Isuzu in 2018 dissolved a previous, 12-year capital tie-up, which had focused on diesel engines.

Toyota Motor President Akio Toyoda said the push for electric vehicles gave the companies a reason to get together again.

“We had tried to jointly develop small diesel engines together… but we didn’t really identify specific projects much, and we decided to split and find our own ways. But then EV became a new common ground for us again, where common research and development could take place.”

Toyota will acquire 39 million treasury shares in Isuzu, worth 42.8 billion yen, taking a 4.6% stake, they said.

The three companies will set up a new joint venture, with Toyota owning 80% and the others owning 10% each, they said in a statement.