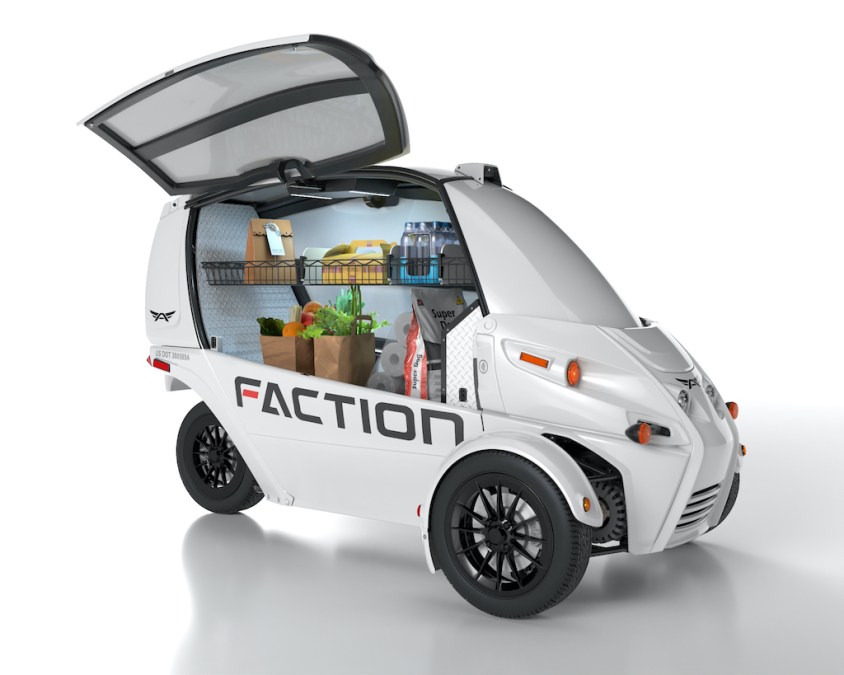 Arcimoto and Faction have showcased their next-generation driverless delivery vehicle, the Faction D1, at the new Arcimoto RAMP manufacturing facility in Eugene, Oregon.

Developed as a collaboration and incorporating Faction’s DriveLink and TeleAssist technologies, the vehicle is completely driverless but relies upon remote human teleoperation.

Mark Frohnmayer, Founder and CEO at Arcimoto said, “With a common mission of deploying ultra-efficient electric vehicles at scale, the commercial launch of the driverless Faction D1 will be a game-changer for last-mile logistics.”

Faction CEO, Ain McKendrick added, “Scalable driverless vehicle systems require engineering from the chassis up, and by leveraging the revolutionary Arcimoto Platform, we’re able to develop our driverless system much faster than using legacy vehicle designs. The end result will be a rightsized, ultra-efficient driverless delivery vehicle that reduces pollution and drives down costs for local and last-mile delivery fleets.”

Targeting the average urban trip of five miles or less, the driverless Faction D1 features advanced sensors and safety systems, and has a configurable cargo compartment that can be adapted for specialised payloads in addition to general fleet-on-demand use. With a commercial service cost of less than $2 per mile for driverless deliveries, the vehicle is extremely cost-competitive for various delivery use cases.

Pilot customer trials are expected to begin later this year with production models beginning in 2023.