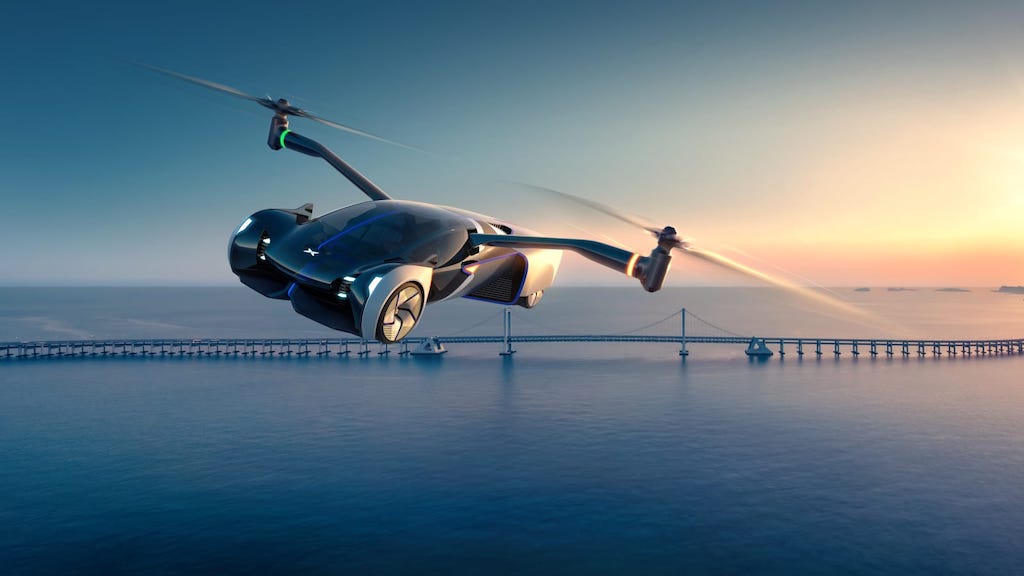 XPeng affiliate company HT Aero has unveiled what many are referring to as an “outrageous” flying car design which, it says claims is planned for roll-out in 2024.

The controversial vehicle is said to look like “an electric Bugatti hypercar” with a pair of huge, auto-folding props in the style of the Bell-Boeing V-22 Osprey.

Seven-year-old Chinese electric car company XPeng is growing fast, and is investing heavily in autonomy and charging infrastructure while rolling out cars including the P7, which boasts greater range than Tesla’s Model 3, at a lower price.

It is also said to be getting serious about urban air mobility. Xpeng’s affiliate eVTOL company HT Aero recently announced it had raised more than half a billion US dollars in a single funding round; a figure which, according to the AAM Reality Index, makes HT Aero the world’s fifth best-funded eVTOL company.