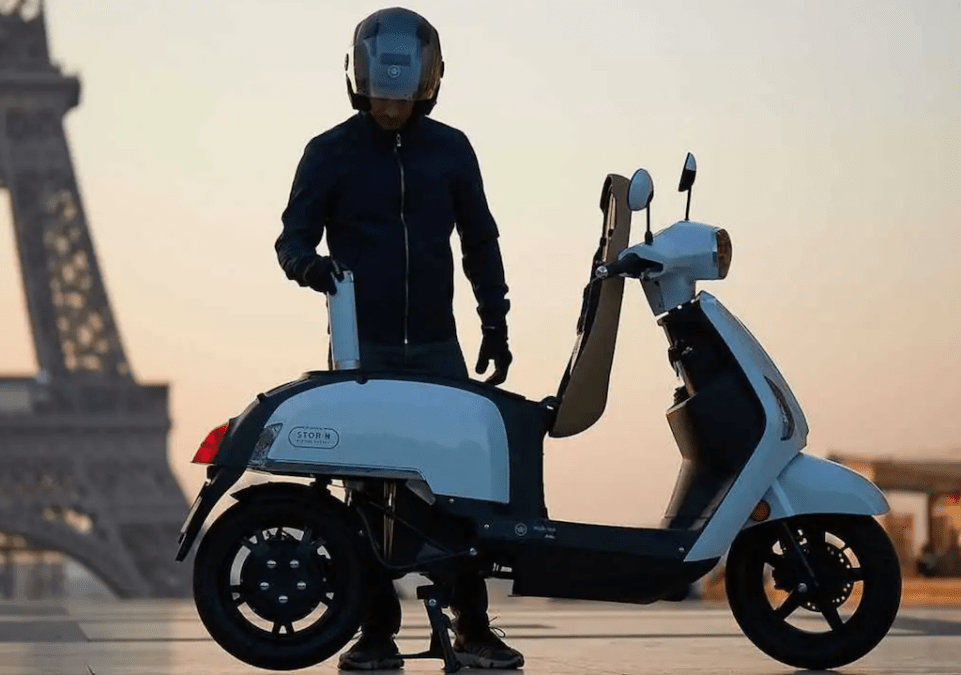 Each cartridge is about the size of a tennis ball can and the prototype scooter can accommodate three canisters under the saddle giving a range of about 60km.

The cartridges, says Mob-Ion, take up less space and weight than a lithium-ion battery setup, meaning a lighter ride and more storage space. However the main advantage is the cannisters can be replaced in seconds and recharged almost indefinitely.

The scooter was developed in collaboration with the Swiss company STOR-H Technologies, which is responsible for the technology for storing hydrogen in the refill cartridges.

Mob-ion sees the collaboration with STOR-H as a first step before applying the technology to other vehicles. The company is still a long way from offering a production model, aiming for a release date of early 2023, but it plans to have a working prototype ready in the Autumn.