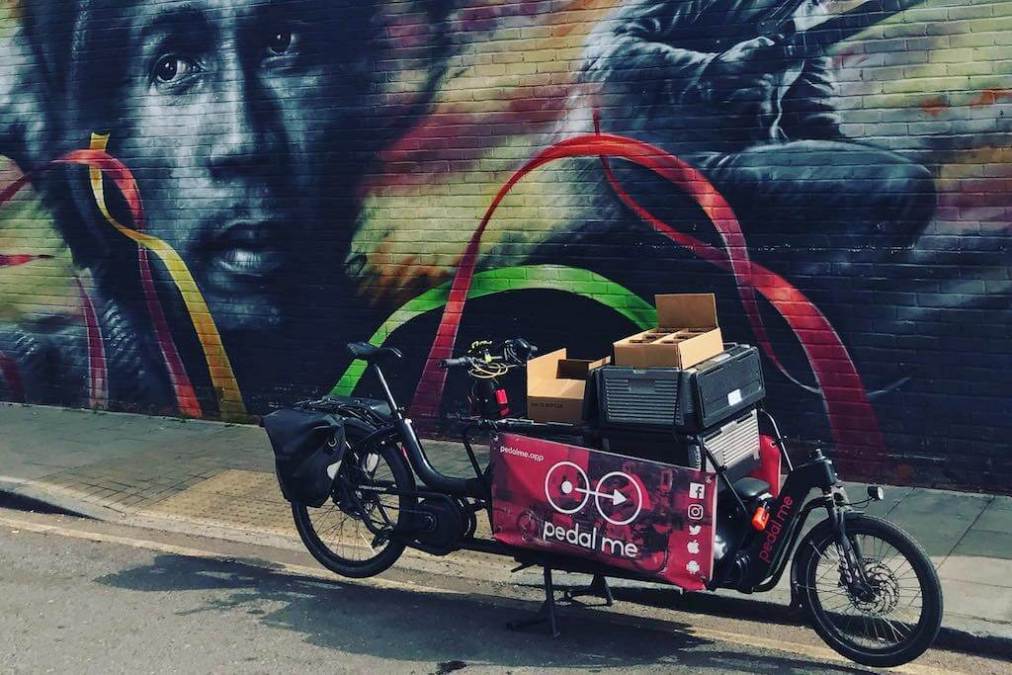 The study by researchers at the University of Westminster used GPS data to compare routes taken by cargo bikes in London with routes that vans would have taken to deliver the same parcels.

It found that in central London, cargo bikes delivered nearly seven parcels an hour compared to four for vans. The bikes are also significantly cleaner than both electric and diesel vans, according to the researchers. And even when vans transition from fossil fuels to battery power, cargo bikes take less energy and resources to manufacture and operationally have an advantage in terms of occupying smaller road space and are intrinsically safer, say the researchers.

The report also looks at carbon emissions associated with e-cargo bike deliveries, which it estimates to be 4.5g CO2/km for electricity and 22g CO2/km to produce the extra food used to fuel the cyclist.

And e-cargo bikes have substantially lower whole-life carbon emissions than either an electric or diesel van. Pedal Me estimates that one of its cargo bikes could be manufactured and ridden for over 300,000km before it produced the emissions of a brand new electric van rolling out the factory.

“Over its lifetime, a diesel van would emit at least eight times as much CO2 per kilometre as an e-cargo bike,” says the report.

It adds that delivery vans also cause congestion, spending at least nine minutes per trip looking for a parking space and frequently blocking pavements and cycle lanes when they can find nowhere to park.

Lead researcher Dr Ersilia Verlinghieri said, “Thanks to the availability of GPS cargo bikes data, we had the great opportunity to develop one of the first detailed simulations comparing actual cargo-bikes’ with vans’ routes.  The results highlight the great potential that cargo bikes can have in helping cities responding to the myriad of challenges they are facing. From tackling transport carbon emissions to reducing the negative health impacts of urban motor traffic, cargo bikes can be of assistance whilst simultaneously improving delivery times in densely populated areas.”