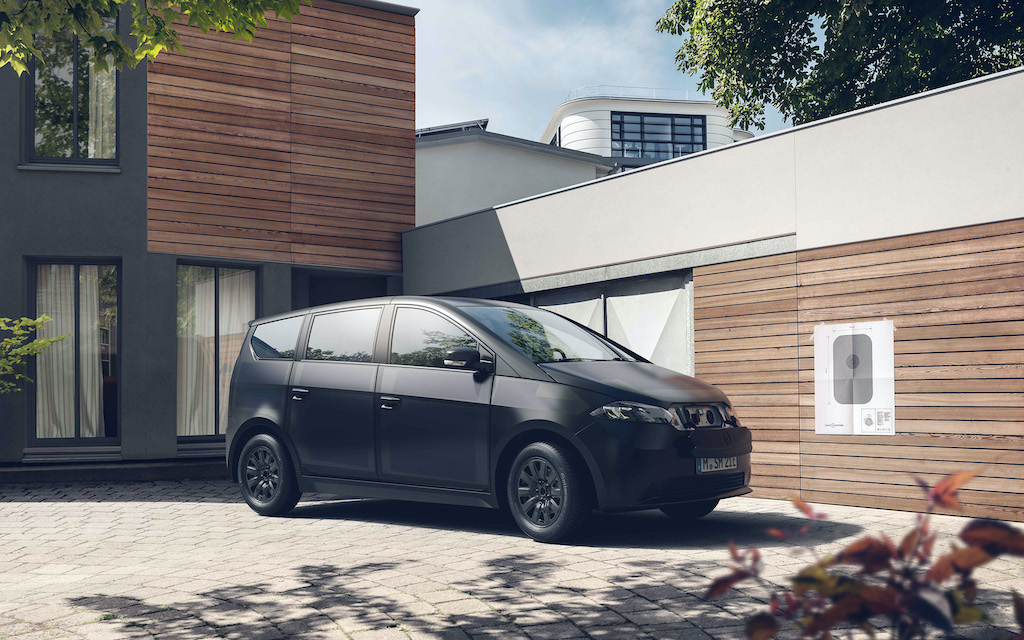 German solar-powered electric car start-up Sono Motors has launched what it claims to be the first bidirectional AC charging wallbox. The wallbox enables Sono’s planned Sion model, which incorporates range extending solar panels, to be used as a mobile power plant and feed stored electricity directly into the driver’s house or into the grid.

Sono says homeowners with photovoltaic systems, especially, will save a large amount of money as they are able to use more of any self-generated electricity without having to buy an expensive home storage system.

The Sono wallbox will charge and discharge the Sion with up to 11 kW via the integrated Type 2 charging cable, saving, claims Sono, up to 70% of costs incurred by DC bidirectional wallboxes available to date. Delivery is expected to take place with the Sion start of production in 2023.

“We want to drive the future of energy generation and make bidirectional charging possible for everyone”, says Laurin Hahn, CEO and founder of Sono Motors. “In combination with the Sion’s integrated solar technology, the new wallbox represents a breakthrough for bidirectional charging technology, as many homeowners can save themselves the expense of purchasing a new, costly home storage system. This is an important milestone for us on the way to 100% renewable energy,” says Hahn.

In contrast to the DC wallboxes previously available, Sono Motors has opted for an AC wallbox which is up to 70% cheaper. This is possible, Sono says, because the conversion from direct to alternating current takes place within the Sion itself and not the wallbox – significantly reducing costs. The Sono wallbox was developed in collaboration with the German manufacturer Kostal.

The wallbox will fully charge the Sion’s 54 kWh LFP battery, providing a range of up to 305km from a 5-hour charge. And if caught short during a long journey, the Sion can be charged at DC charging stations at a speed of up to 75 kW via the integrated CCS interface, achieving an 80% charge in around 35 minutes.

Furthermore the Sion functions as a vehicle-to-home electricity storage unit. Electricity from, for instance, a home’s photovoltaic system or even the solar panels integrated into the Sion itself, can be stored in the Sion’s battery during the day and delivered to the house at night.

The vehicle also offers a vehicle to grid capability meaning excess energy, such as surplus generation from wind turbines, could be temporarily stored in the vehicle’s battery, meaning Sions could collectively become a decentralised mega-storage system.