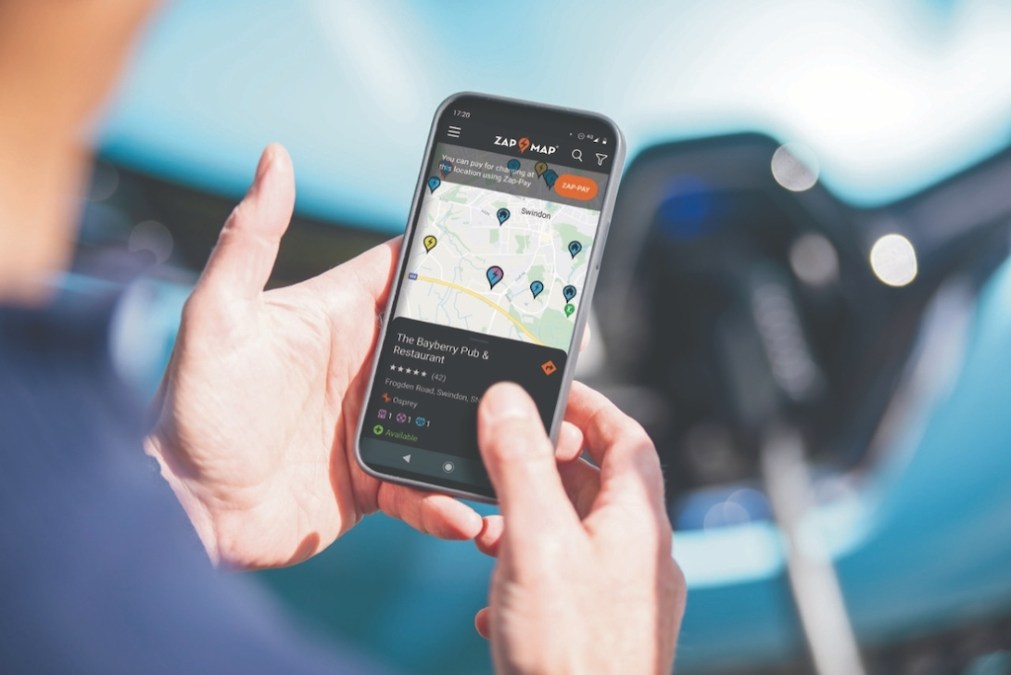 GeniePoint, char.gy, Motor Fuel Group (MFG), Revive and Mer have all recently signed up to join existing Zap-Pay networks ESB Energy and also Osprey, which was the Zap-Pay launch partner in September 2020.

The enlarged network means Zap-Map’s 150,000 monthly active users will benefit from being able to search, plan and pay from within a single app at an increasing number of charge points across the UK, with more networks to be added soon.

Zap-Pay was launched last year with a mission to include all the key charge point networks across the UK. As a single-app payment system that uses a credit or debit card to pay for charging, Zap-Pay avoids the hassle of using different payment methods across all the various networks.

Once all seven networks are live – expected to be by October this year – over 2,000 charging devices across the UK and over 4,000 connectors will be Zap-Pay enabled. It also means that the Zap-Pay partner network is not only nationwide, but now includes all types of EV charging, from the very latest ultra-rapid chargers through to on-street and lamp-post charging closer to home.

In addition, reports Zap-Map, use of Zap-Pay has been increasing significantly in recent months, which will accelerate further as more networks come online with Zap-Pay and drivers increasingly see it as the simple way to charge across networks, within the familiar Zap-Map app.

Alex Earl, Commercial Director at Zap-Map, commented, “As electric vehicles become mainstream, we need to make paying for charging as simple as possible, and that’s exactly what Zap-Pay does.

“I’m thrilled to see that Zap-Pay now covers such a broad network of different chargers across the country. The increase in usage also gives a clear indication that Zap-Pay is the solution Zap-Map users needed.”

Zap-Map, which was launched in June 2014, displays over 95% of the UK’s public charge points, of which around 70% show live status data updated every five minutes. Over 75% of the UK EV drivers have downloaded Zap-Map, which has grown 60% since 2020, in line with the electric vehicle market.