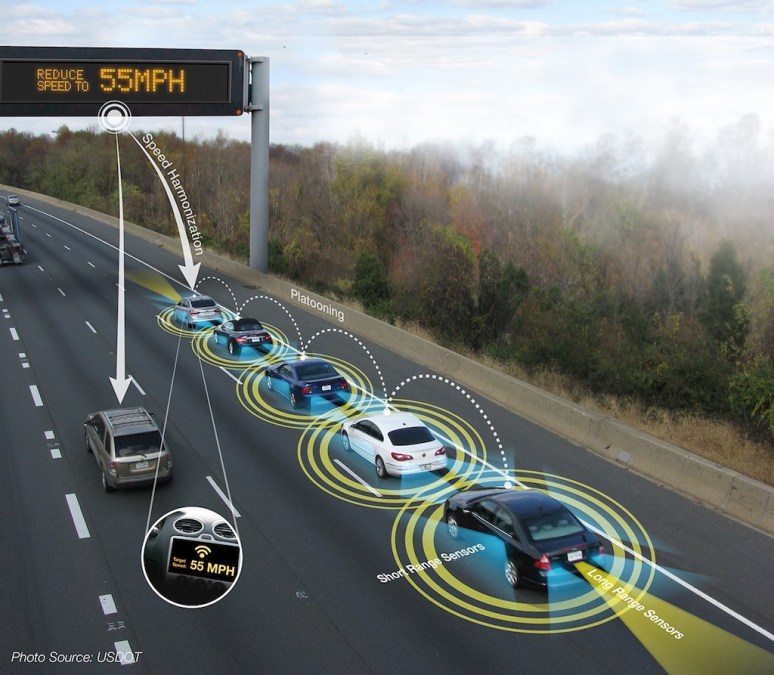 Vodafone has announced its new vehicle-to-everything (V2X) platform allowing road users and transport authorities to share data with one another in real time. Its ‘Safer Transport for Europe Platform’ (STEP) will provide a unified platform for sharing vehicle data, helping deliver traffic updates and hazard warnings

For many years, vehicles have been growing increasingly more computerised and connected, with various commentators comparing modern cars to smartphones on wheels, writes Harry Baldock from Total Telecom. This increase in vehicle digitalisation has many clear benefits, from mobile applications using location data to warn drivers of upcoming traffic to external sensors that alert drivers to potential hazards beyond their line of sight.

But despite this plethora of available data, interoperability been these apps and sensors remains limited. Vodafone points out that road safety updates, for example, are still typically conveyed to drivers by road infrastructure itself, such as electronic boards and motorway gantries, or by a limited number of compatible technologies like in-vehicle navigation systems.

To solve this challenge, Vodafone has set about to create a unified platform through which this data can be shared. Based on cloud-based, open architecture, STEP will be compatible with all third-party apps and in-vehicle navigation systems, allowing drivers to receive road safety updates quickly across all of their devices and in-vehicle systems.

“This scaled platform enables the delivery of vital safety information to all road users, no matter what app or system they rely on,” explained Vinod Kumar, CEO of Vodafone Business. “STEP encourages the collaboration needed between transport authorities, app developers and the automotive industry to unlock the full value of data and connectivity in helping make Europe’s roads safer.”

Upon launch, STEP will focus on delivering safety messages and targeted updates, like lane closures, speed restrictions, and traffic incidents. However, as the system develops and its functionality improves, it could also help map the road network in real-time. This will allow for the delivery of far more specific alerts, such as warning a driver of a cyclist hidden in their blind spot or pedestrians preparing to cross the road around the next bend.

The technology has been developed by Vodafone UK in collaboration with Nokia and Chordant, with the trio working with other automotive players, transport authorities, and third parties to expand the ecosystem.

STEP is set to be launched within Vodafone’s planned Vodafone Automotive apps later this year.

Telecoms operators interest in V2X technology is nothing new. Standardisation for V2X technology based on 4G LTE was introduced by the standards body 3GPP back in 2016, with other connectivity technologies, like wireless local area networks, being explored for V2X even earlier with limited success.

However, it was not until the advent of 5G in 2019 that cellular V2X began to gain serious traction from both the automotive and telecoms communities. This is largely related to 5G’s inherent improvements over these older technologies; unlike 4G, 5G has the potential to deliver ultra-low latency and high bandwidth that will allow for real-time communication.

In a driving scenario, where a fraction of a second’s delay can be a matter of life and death, the widespread availability of 5G will prove crucial to effective V2X communications, lighting the way towards fully autonomous driving in the (albeit distant) future.

Vodafone conducted successful V2X trials in the UK in summer last year. Telecom Italia (TIM), Telefonica, and BT/EE all participated in live V2X trials at the end of 2021 as part of the 5G Automotive Association. Meanwhile, each of the three major telecoms radio access network (RAN) equipment vendors – Ericsson, Nokia, and Huawei – are working on their own V2X technologies, often in tandem with major automotive players.

The V2X market is evolving rapidly with, according to a new report from market intelligence firm Reports and Data, an annual growth rate of over 40% creating a $26 billion industry by 2030.

What role will 5G play in the UK’s growing connected car industry? Learn from the experts at this year’s Connected Britain conference, a sister event to MOVE