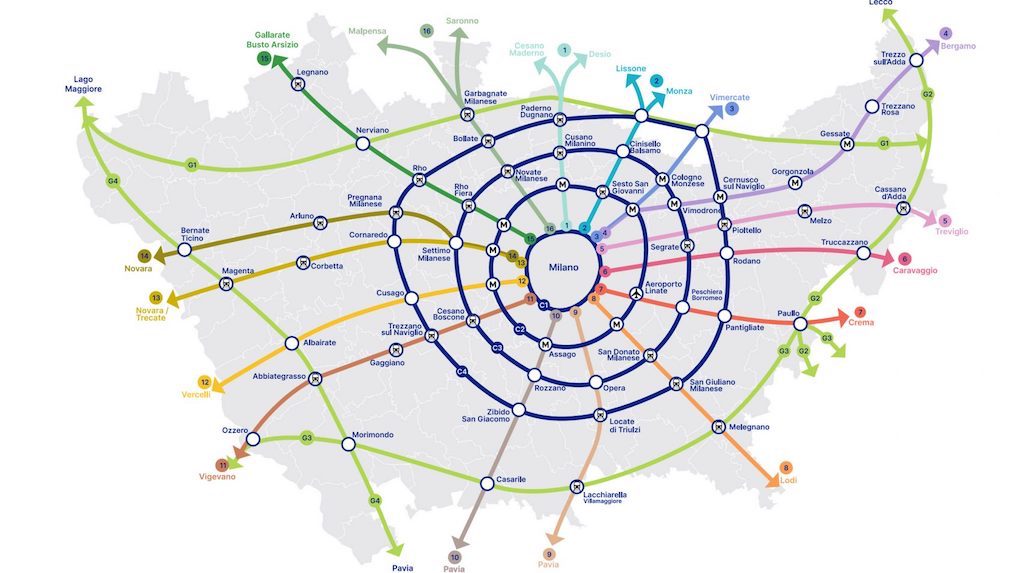 Work will start this month on the first section of Milan’s ambitious new cycle path network – the Cambio – which will create 750 kilometres of dedicated cycling roads connecting and interlocking across the Milan district by 2035.

The aim is for at least 20% of the population to switch to active travel options and the layout is designed so that 80% of essential services such as schools, hospitals, shops and businesses are located within a kilometre of the network.

The resulting route map resembles a spider’s web that connects the city core to its suburbs and from there extends to the surrounding municipalities. It will feature four ring routes, 16 radiating lines and four greenways.

“Over the next few years, we will invest around 250 million euros to create a capillary network of cycle paths that will integrate with other existing modes of travel,” explains Beatrice Uguccioni, the Metropolitan City’s councillor for mobility.

“The development of cycling leads to the reduction of greenhouse gases, creating green corridors for the protection of biodiversity, making travel safer for all types of cyclists, improving public health and increasing the daily opportunities for exercise and movement,” she adds.

The cycle paths will be equipped with optical fibre to offer citizens smart solutions from low-impact solar lighting system which activates only when cyclists pass nearby to information provided in real-time via displays along the routes and secure bike parking stations.