Nuro refines autonomous delivery vehicle and gears up for production 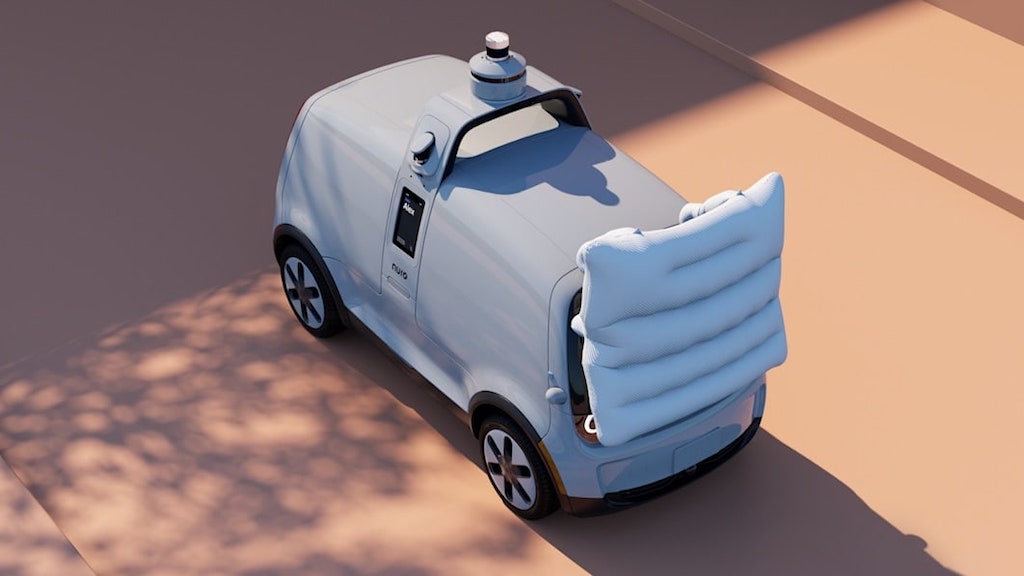 American robotics company Nuro has introduced a third generation of its autonomous, last-mile delivery vehicle as it gears up to manufacture at scale later in the year. The vehicle is the first to benefit from a collaboration with Chinese-owned car maker BYD North America.

Formed in 2018 by two engineers from Google’s Waymo project, Nuro says that every new detail is to enable production at scale and it hopes to be the first company to achieve this in the “zero occupant” segment.

Nuro was the first company to receive an autonomous driving exemption from the National Highway Traffic Safety Administration (NTSA) which it achieved on the basis that its vehicles are designed to carry goods, not humans.

Its second generation vehicle hit the headlines last year through a pizza delivery trial with Dominos in Houston, Texas.

The latest version, which has a maximum operating speed of 70km/h, is equipped with an exterior airbag that inflates across its entire front to reduce impact in the event of a collision. A network of self-cleaning sensors provide a 360 degree view of its surroundings. The vehicle itself has been reduced in size allowing more room for passing cyclists and pedestrians.

The delivery compartments have also been modified and can carry twice the previous version, roughly 24 bags of groceries and 220kg in weight. Modular units are available to provide heating and cooling compartments.