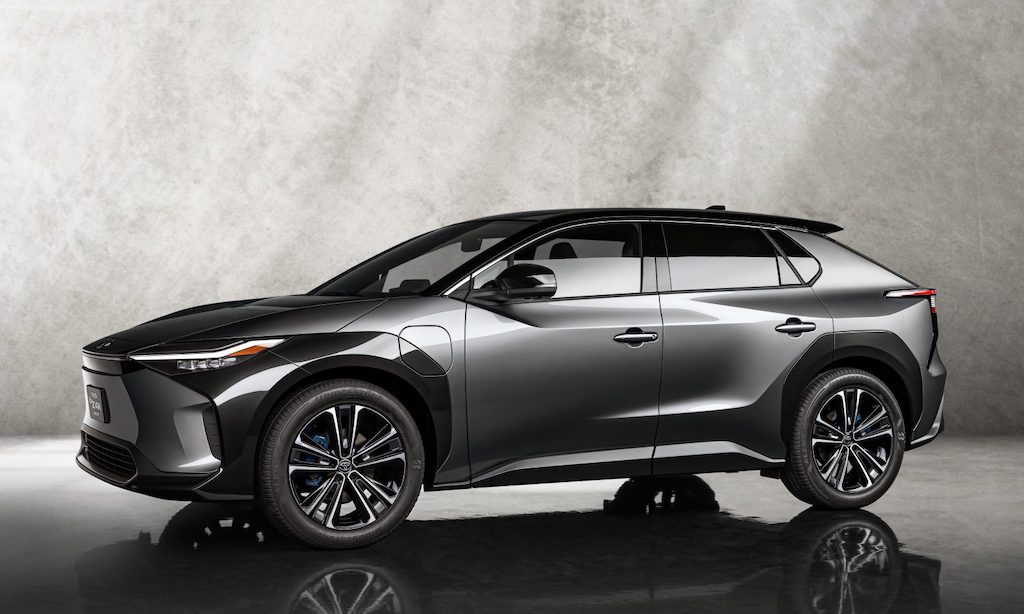 Toyota has revealed new details about the bZ4X, its first bespoke electric car.

The midsize crossover EV, which is due to go on sale in the middle of next year in the US, Europe, Japan and China, is expected to have a 300-mile range from a 71 kWh battery.

The bZ4X is also designed to be capable of charging with up to 150 kW DC chargers, meaning 80% charge can be achieved in 30 minutes. The car’s platform, which was developed jointly with Subaru, allows the bZ4X to store its batteries low and flat within the car.

Some bZ4X models will come with a new steer-by-wire system and a square steering wheel – similar to that of the Tesla Model S Plaid. Toyota claims that this will reduce driver burden by removing the need to change grips when steering.

The bZ4X features cloud-based navigation designed to highlight charging stations and projected driving ranges. Voice-recognition is built-in, enabling the driver to operate both wipers and air conditioning without moving a finger.

Over-the-air software updates are available to improve performance, safety features, and multimedia systems without the need to visit a dealership. Similarly, digital keys are available for the bZ4X, allowing drivers to unlock and start their cars with their phones. These can be handed over between smartphones, making it easy for family and friends to borrow and lend vehicles remotely.

Some models will feature a roof-mounted solar panel. Toyota claims that this will generate electricity equivalent to 1,800 km of driving distance per year.

The bZ4X will also come with an improved version of Toyota Safety Sense. This uses millimetre wave radar and a “monocular camera” to expand the detection range in front of the car in a bid to prevent accidents.