A new report from UK think tank Policy Exchange has found that the current rate of EV infrastructure expansion isn’t sufficient to support the UK’s ban on the sale of new combustion-engined cars in 2030. And without further Government intervention, there’s a significant risk that a lack of charge points will become a major barrier to delivering the petrol and diesel phase-out.

Published as the government pledges £20 million to the installation of streetside EV chargers over the next two years, the Charging Up report outlines the “critical role” that public chargers will play in the government’s Ten Point Plan for a Green Industrial Revolution launched last year.

Transport Secretary Grant Shapps said “Drivers across the country should benefit from the electric vehicle revolution” and hailed the UK’s charging network as “world-leading,” but Policy Exchange has identified a number of shortcomings and potential pitfalls in its planned expansion.

According to the authors, chargers need to be installed five times faster than at the current rate in order to ensure the network is appropriately sized to meet the expected influx of EVs on UK roads.

There are roughly 35,000 public chargers in the UK today, with 7000 added to the network on average each year. Policy Exchange estimates that some 400,000 chargers will be needed by 2030.

It estimates the scaled-up roll-out would cost between £5 billion and £10bn by 2030. The UK government has pledged £35m to installing EV chargers over the past three years and committed a further £1.3bn to the scheme before 2030.

Policy Exchange says the UK government must also intervene to support charging firms as they “grapple with expensive connections to the electricity grid,” particularly for high-powered charge points. Without Government intervention, there is a risk that the UK will not develop a comprehensive network of EV charge points and in areas that are underserved, the Government should procure charge points through regular tenders that offer long-term contracts for EV charge points, based on the Government’s successful auctions for offshore wind farms.

Additional barriers to EV uptake are the potential “charging blackspots” in rural areas with little EV infrastructure investment and a lack of private investment in infrastructure roll-out. The think tank argues that government grants to EV charging firms are unlikely to bring about the necessary ramp-up, which could put at risk the Government’s manifesto commitment to ensure that everyone is within 30 miles of a rapid EV charge point. Instead, private firms should be offered contracts to supply chargers to a local area, with a price cap imposed on charging at any government-supported device installed as a result, to avoid certain areas becoming more expensive. 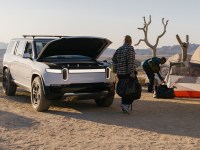 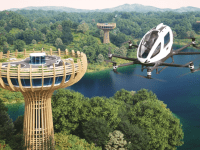 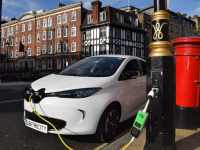 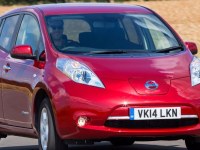