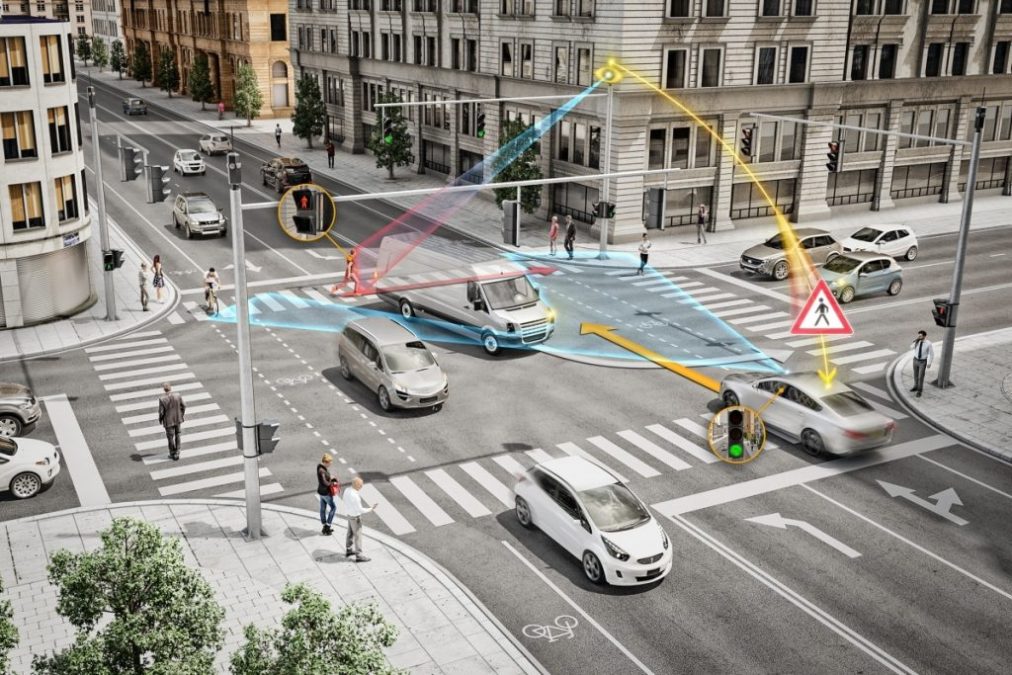 Australian scientists have made a substantial breakthrough in showing how a connected intelligent transport system can detect the movement of people around blind corners and even through buildings by deploying collective perception messaging (CPM) – emerging technology that could save lives.

The study conducted in Sydney demonstrated that CPM can prevent road accidents that occur when pedestrian are not easily visible to drivers or autonomous vehicles.  The two-year study funded by the iMOVE Cooperative Research Centre involved scientists from University of Sydney’s Australian Centre for Field Robotics, and engineers at Australian connected vehicle technology company Cohda Wireless.

The researchers investigated the potential of an intelligent roadside unit (IRSU) to share local perception information using vehicle-to-X (V2X) communication technology. This emerging technology not only makes roads safer for motorists but also protects vulnerable users such as joggers, pedestrians, and cyclists.

The study involved three experiments including a controlled live roll-out in central.

The Sydney test showed how a connected vehicle using CPM sensory information from an intelligent roadside unit fitted out with high-tech gadgetry including cameras and LiDAR laser sensors was able to provide a CAV with the capability to “see” through buildings and around corners onto side streets to detect pedestrians hidden from its view.

In the third and final test in a controlled lab traffic environment with a 55m stretch of straight road, the research team showed how a vehicle stopped for a pedestrian running to make a pedestrian crossing “although he had not physically entered the crossing yet”.

The perception capabilities of vehicles fitted with current perception technology is ultimately bounded in range and field of view due to sensor’s physical constraints”, said Professor Eduardo Nebot of the Australian Centre for Field Robotics.

“Hidden from view objects in urban traffic environments such as buildings, trees, and other road users impose challenges in perception.”

“Unfortunately, failing to maintain sufficient awareness of other road users – vulnerable road users in particular – can cause catastrophic safety consequences.”

Dr Mao Shan, the lead researcher of this project said the study confirmed “that a connected vehicle can ‘see’ a pedestrian around the corners.

“More importantly, we demonstrate how CAVs can autonomously and safely interact with walking and running pedestrians, relying only on the CPM information from the IRSU.

Research co-author and Cohda Wireless Chief Technical Officer, Professor Paul Alexander, said the use of CPM and V2X communication technology “can be a game-changer for both human-operated and autonomous vehicles”.

“CPM enables the smart vehicles to break the physical and practical limitations of onboard perception sensors, and in the meantime, to embrace improved perception quality and robustness along with other expected benefits from the CPM service and V2X communication,” Professor Alexander said.