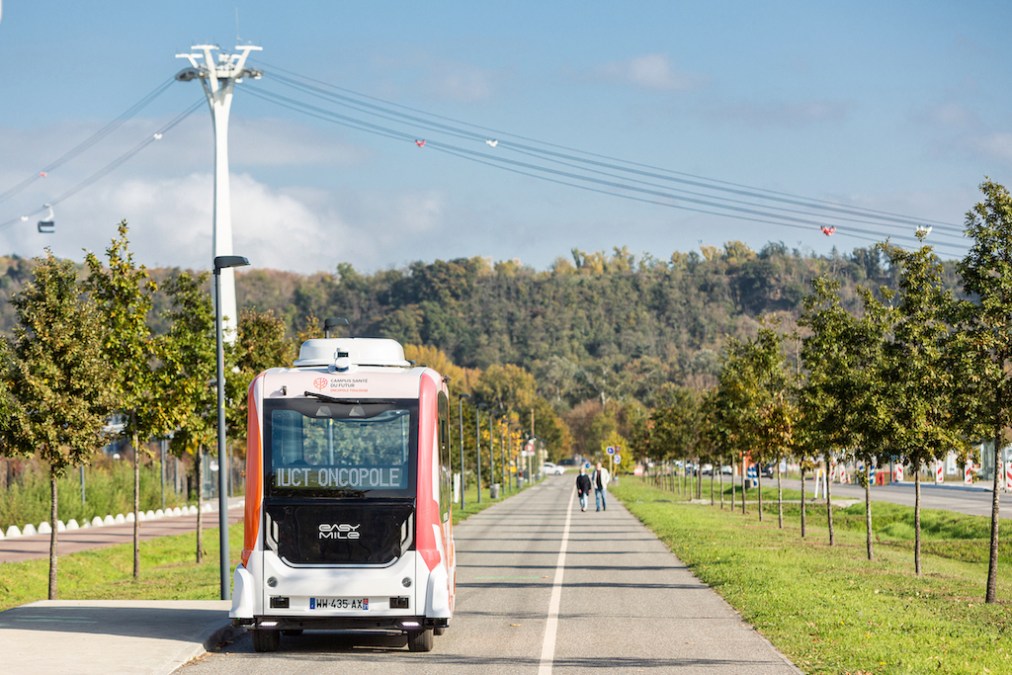 EasyMile’s autonomous shuttle service at the Oncopole healthcare and cancer research campus in the French city of Toulouse has started operating without an on-board supervisor.

The announcement follows eight months of running a trial service in which the shuttle, operating with a supervisor, took passengers on a 600m route connecting a remote car park and the campus main entrance. The shuttle shared the road with cyclists, pedestrians, cars and buses.

The company says its shuttles are equipped with appropriate levels of safety and system redundancies to operate efficiently in a wide range of environments.

The aim is for a control centre to supervise multiple vehicles from anywhere, making it possible to scale to autonomous vehicles without additional manpower.

According to EasyMile, the service is fully flexible as vehicles can be deployed immediately as demand arises, without having to wait for operators to be available.

EasyMile’s general manager Benoit Perrin says, “This is an important step towards real commercialisation of autonomous driving, both on large private sites, as well as on public roads. The applications for our technology to move people and goods continue to grow, especially in locations like campuses, business parks, industrial sites and master planned communities.”

The deployment is part of SAM (Safety and Acceptability of Autonomous Driving and Mobility), a project in which members like Alstom, Keolis and Transdev are working to develop uses of these systems while also building the future regulatory framework.