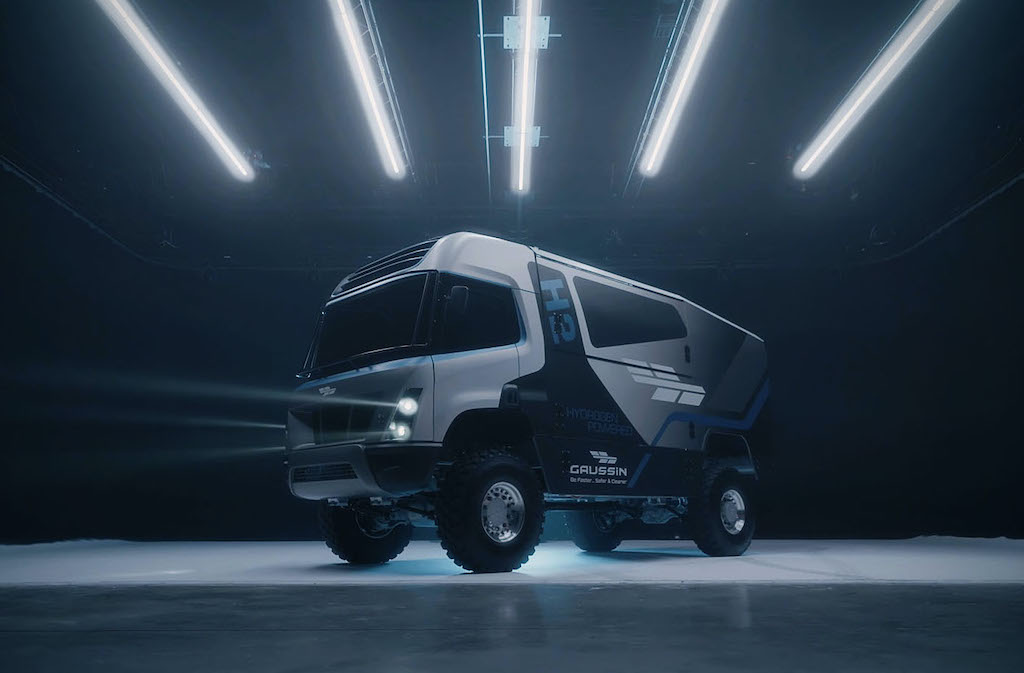 French zero-emission truck developer Gaussin has announced it will be the first to enter a hydrogen powered truck into the extreme endurance off road Dakar Rally.

According to Gaussin, it is entering its H2 Racing Truck into the 2022 desert-crossing race as “a technology carrier” for further developing its planned road truck range.

Based on a new skateboard platform for BEV and FCEV trucks from 18 to 44 tons, the H2 Racing Truck will be a four-wheel-drive variant combining two 300 kW electric motors with an 82-kWh battery pack and a 380-kW fuel cell.

The system also includes a cooling system and tanks able to hold 80 kilograms of hydrogen. Gaussin expects to achieve a range of around 250 km under racing conditions running at a top speed of 140 km/h across sand dunes.

The manufacturer says that the lightweight chassis was specially created for the performance and integration of the hydrogen system. The latter, it says, has been tested with racing conditions in mind under extreme conditions “that go far beyond manufacturers’ usual tests for road use.”

The French firm had engaged the Italian design house Pininfarina to “create a completely new cabin concept that stands for driver comfort and safety and at the same time intelligently combines with the platform.”

Gaussin says it is developing four other models based on the platform, a tractor unit, an autonomous truck, a distribution vehicle and a construction vehicle. Under non-racing conditions the range is expected to increase to 800 kilometres. Alternatively, Gaussin is working on battery EV versions incorporating a battery swap system, which should have a range of 400 kilometres with a battery exchange taking just three minutes.