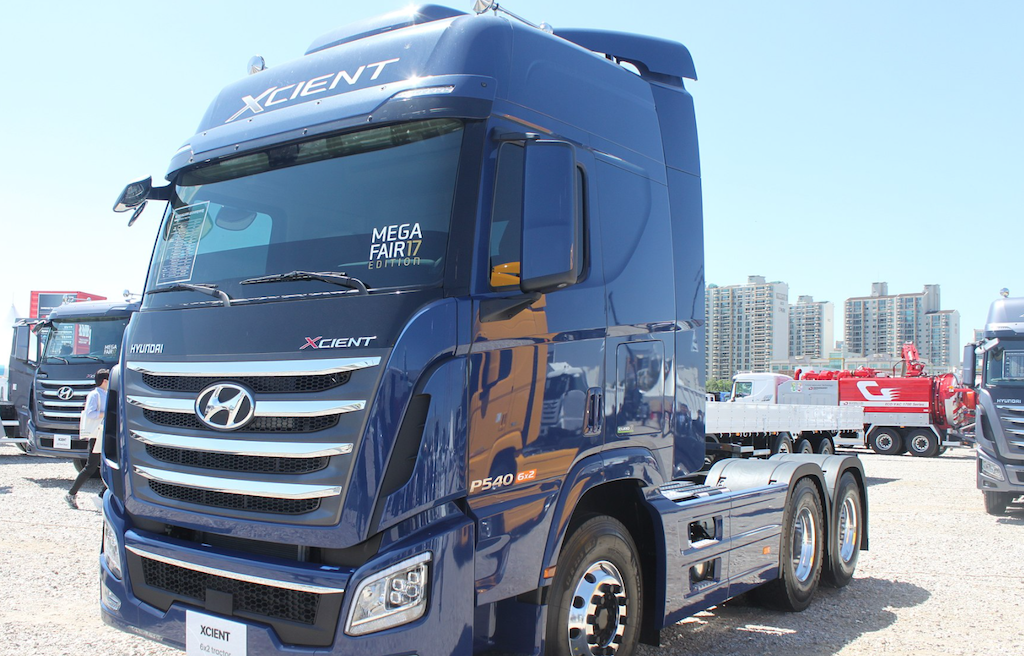 Building on a pilot trial in Switzerland, Hyundai says it will release a new class of its Xcient hydrogen fuel cell truck, equipped with more efficient fuel cells and a longer life-span, during the fourth quarter, according to Mark Freymueller, CEO of Hyundai Hydrogen Mobility (HHM).

Hydrogen recharging infrastructure is quite limited across Europe but hydrogen fuel cells offer a greater range than battery electric vehicles and a generally considered more appropriate for heavy vehicles.

And although more expensive than battery electric vehicles, fuel cell electric vehicles will potentially benefit from Europe’s desire to build a world-leading industry around the hydrogen technology.

HHM, a joint venture between Hyundai and Swiss hydrogen company H2 Energy, has been renting out “green” hydrogen trucks to commercial clients in Switzerland since last October in what is claimed to be the world’s most advanced pilot in the field.

HHM plans to go into other European countries next year. “Germany and the Netherlands are the most likely,” Freymueller told Reuters, adding there was also interest for pilots from Austria, Norway, France, Italy, Spain and Denmark.