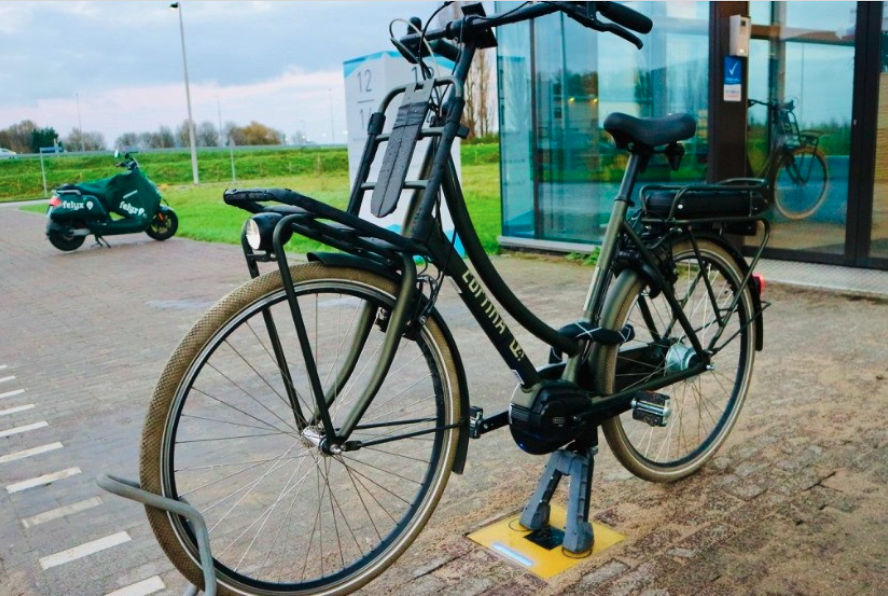 Users position the bike, so the kickstand is aligned with markers on the charging tile. Inductive charging coils below the tile then automatically relay an electrical current through the kickstand and into the battery.

Tiler claims the charging time for its 2-amp system is compatible with a conventional plug-in charger and a planned 4-amp promises to be considerably quicker.

Inductive charging tiles have already been installed in Rotterdam, Delft and even New York.

Tiler says it is initially focusing on businesses and organisations that encourage their employees to cycle. The Tiler system is currently being offered as part of a pilot project, with rental rates starting at €25 per month, for a 36-month contract. Additional kickstands can be ordered separately, allowing multiple bikes converted for inductive charging, to use a single tile.