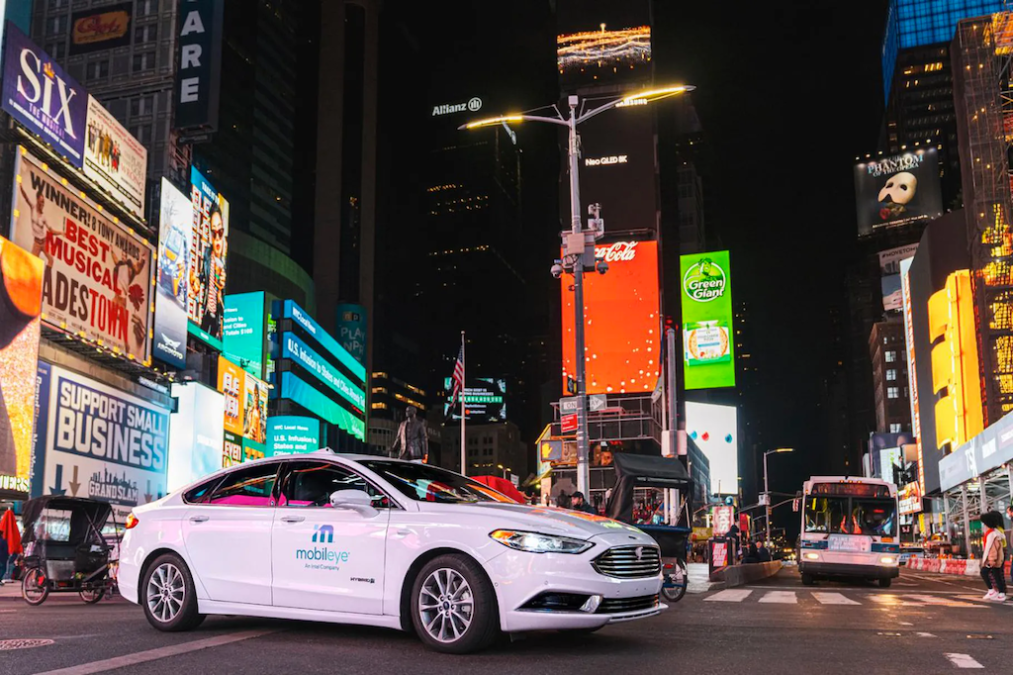 Mobileye, the intel owned company that specialises in vision-based autonomous vehicles, is now testing its AVs in New York City. The company says the trial in New York – the largest city in North America and one of the world’s most challenging driving environments – “proves how its unique approach is enabling rapid geographic and economic scalability”.

The aim is to test Mobileye’s camera-only autonomous vision system on NYC’s highly congested and often unpredictable streets. The company will initially run two cars, increasing to seven in the near future. Under New York rules the cars must have a safety driver with hands on the steering wheel at all times.

Mobileye’s True Redundancy approach first ‘doubles down’ on the computer-vision subsystem before adding a lidar/radar subsystem for redundancy.

Of particular interest will be to evaluate how the car’s vision and automated control system copes with pedestrians, bicyclists, aggressive drivers, double-parked vehicles, construction zones, emergency vehicles, tunnels and bridges.

Professor Amnon Shashua, senior vice president of Intel and president and CEO of Mobileye, says, “Driving in complex urban areas such as New York City is a crucial step in vetting the capabilities of an autonomous system and moving the industry closer to commercial readiness.”

Mobileye plans to begin operating an autonomous ride-hailing service in Israel in early 2022.