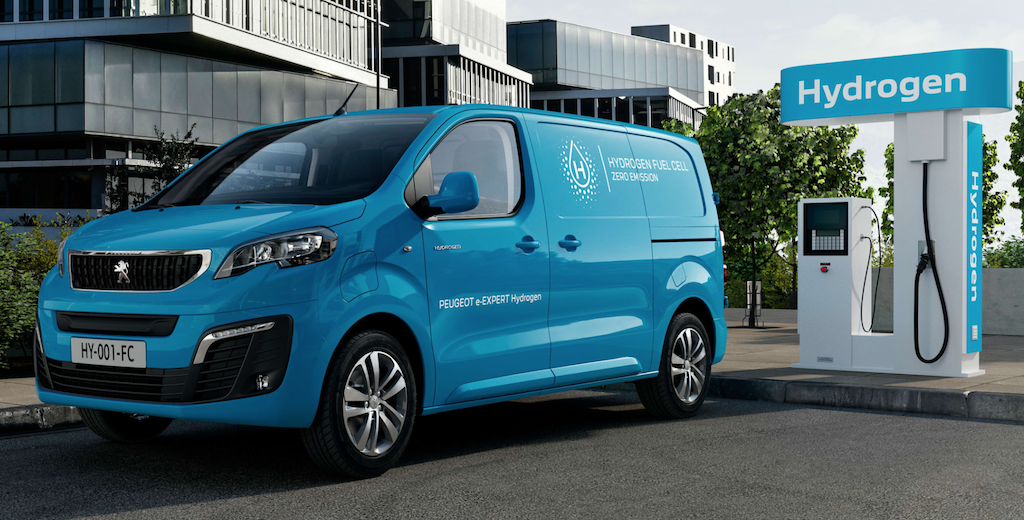 Peugeot has unveiled details of its e-Expert Hydrogen light commercial vehicle which will feature both a hydrogen fuel cell combined with a high-voltage 10.5kWh lithium-ion rechargeable battery pack to give over 400km of driving range.

Based on parent company Stellantis’s EMP2 electric modular platform, Peugeot describes this configuration as a ‘mid-power plug-in hydrogen fuel cell’ electric.  The concept is to use the hydrogen fuel cell to produce the electricity needed to charge a high-voltage 10.5kWh lithium-ion rechargeable battery pack, which then sends its power to a permanent magnet electric motor mounted over the van’s front axle.

In reality, the Stellantis developed power train is more nuanced and will adjust how power is delivered depending upon how the van is being used.

When started up and at low speeds the high-voltage battery provides the electric motor with the power it needs for traction.

On the move and at constant speeds, the hydrogen fuel cell supplies energy directly to the electric motor.

Under acceleration, during overtaking or ascents, the fuel cell and the battery pack combine power to supply energy to the electric motor.

And when braking and decelerating, the electric motor has the ability to regeneratively recharge the battery pack.

Vehicle production will take place at Peugeot’s manufacturing facility in Valenciennes, France, before being transferred to Stellantis’s ‘competence centre’ in Rüsselsheim, Germany, which is dedicated to hydrogen technology development. Peugeot says it the van will be available “to commercial customers” in Germany and France from the end of year.