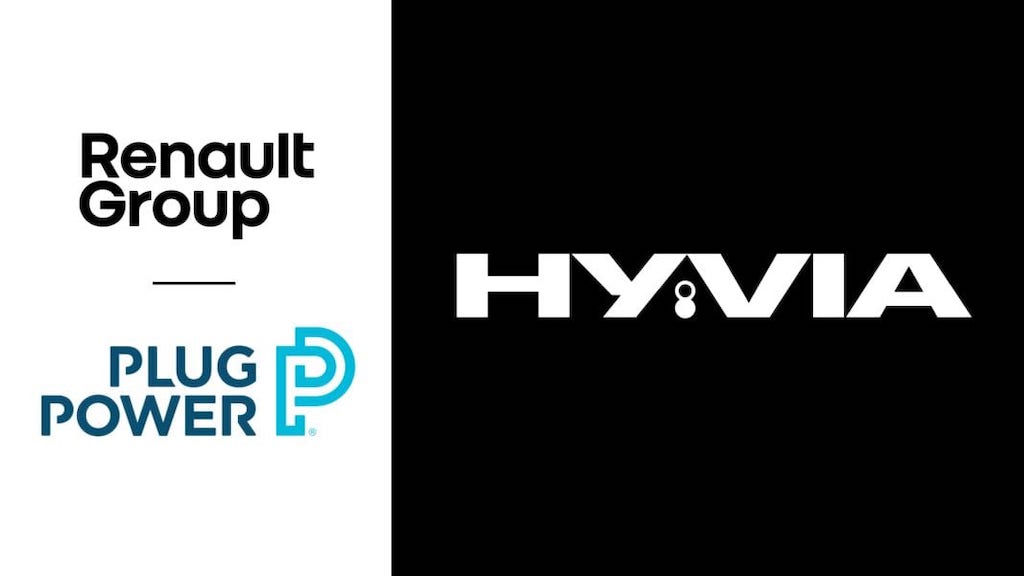 HYVIA is equally owned by the two partners, the head office and R&D teams will be located at Villiers-Saint-Frédéric, in France, alongside Renault’s light commercial vehicle engineering and development centre. The process, manufacturing and logistics teams will be based in Flins, as part of the Re-Factory project, and plan to begin the assembly of fuel cells and recharging stations by end of 2021.

The first three fuel cell vehicles brought to market by HYVIA will be based on the Renault Master platform and should be available in Europe by end of 2021 and accompanied with the deployment of charging stations and the supply of green hydrogen.

Luca de Meo, CEO Renault Group, says, “As a pioneer in new energies and the European leader in electric light commercial vehicles, Renault Group is pursuing its objective of having the greenest mix on the market by 2030. This joint venture integrates the entire hydrogen mobility ecosystem in a unique way, from the vehicle to infrastructure and turnkey services for customers. The development of this cutting-edge technology will enable us to strengthen our industrial base and set up new value-generating activities in France in this promising segment.”

Andrew Marsh, CEO Plug Power, adds, “Plug Power is a leader in solutions serving the hydrogen ecosystem, with over 40,000 fuel cell systems deployed, 110 charging stations deployed capable of distributing more than 40 tonnes of hydrogen per day. Plug Power is a technological leader in green hydrogen solutions by electrolysis. With HYVIA, we are bringing hydrogen mobility to France and Europe.”

David Holderbach, CEO HYVIA, comments, “Renault has been a hydrogen pioneer since 2014 with more than a hundred light commercial vehicles on the road. We are excited to join forces with Plug Power with its integrated solutions approach towards green hydrogen. HYVIA is now opening a new path towards decarbonation with a complete offering of hydrogen solutions. HYVIA builds on the complementary skills of Renault Group and Plug Power and will target a 30% marketshare in hydrogen powered light commercial vehicles in Europe by 2030.”

Plug Power has deployed over 40,000 fuel cell systems, designed, and built 110 refueling stations that dispense more than 40 tons of hydrogen daily, and is a technology leader in green hydrogen solutions via electrolysis.