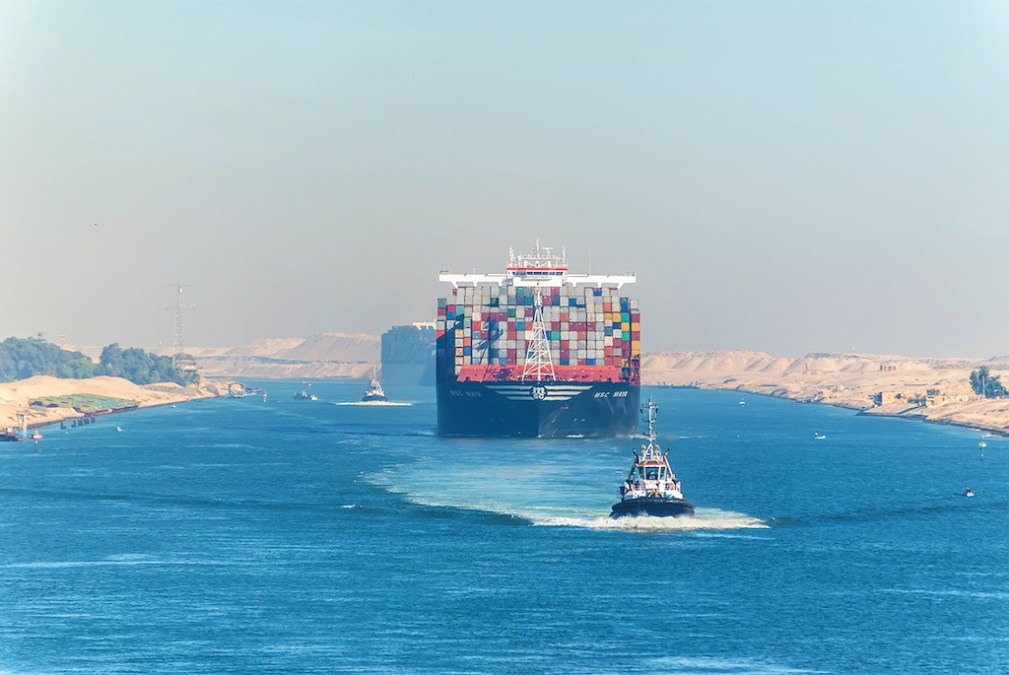 Abu Dhabi based and UAE government-owned renewable energy generator Masdar, and its local partner Hassan Allam Utilities, have signed memoranda of understanding with Egyptian state bodies to co-operate on the development of green hydrogen production plants at the northern and southern ends of the Suez Canal — on the Mediterranean and at Sokhna, a port on the Gulf of Suez, which leads into the Red Sea.

E-methanol — derived by combining green hydrogen with captured CO2 — is emerging as a potentially key clean fuel for the highly polluting shipping industry, with market leader Maersk recently announcing the purchase of 12 methanol-powered vessels, along with plans to produce the liquid at scale.

Masdar says a first phase, producing 100,000 tonnes of e-methanol, will be operational by 2026. The electrolyser facilities could be extended to up to 4 GW by 2030 to produce 2.3 million tonnes of another clean shipping fuel green ammonia for export as well as supplying green hydrogen for local industries.

A key challenge is the hydrogen production process is very energy intensive, so it needs an abundant source of clean and affordable electricity, preferably excess locally generated renewable energy, to be viable.

Egypt’s minister of planning and economic development Hala El Said said, “Egypt’s “abundant solar and wind energy resources provide a suitable location for renewable energy projects at a competitive cost, with a proximity to global markets that are looking to import green hydrogen”.

Mohamed Jameel Al Ramahi, Chief Executive Officer of Masdar, added, “These agreements represent a vital step forward in the development of the green hydrogen economy for both the UAE and Egypt, and will play a significant role in our two nations’ decarbonisation efforts. By working with partners such as Hassan Allam Utilities, we can help the green hydrogen market achieve its full potential over the coming years and play its part in supporting the global energy transition.”

Amr Allam, Chief Executive Officer of Hassan Allam Holding, said, “Our drive into the green energy and infrastructure space, including solar and wind power generation, was all about contributing to a more sustainable future. Through this partnership with Masdar we are looking to harness the leading edge of technology to make a difference in Egypt by leveraging the country’s abundant sources of green energy.”