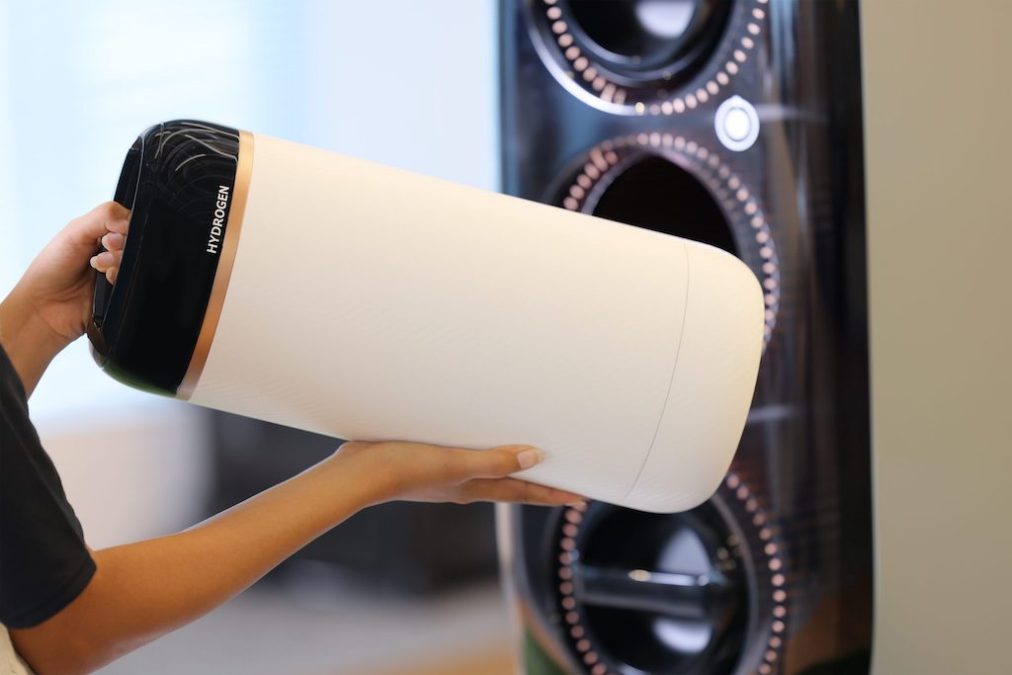 Toyota and its subsidiary Woven Planet have developed a working prototype portable hydrogen cartridge to transport and supply hydrogen energy to power a broad range of everyday applications including mobility and household uses.

Toyota and Woven Planet will conduct proof of concept trials in various locations, including Woven City, their “human-centered smart city of the future” living lab, currently under construction in Susono City, Shizuoka Prefecture, in Japan.

Hydrogen can be used to generate electricity in fuel cell systems or used as a combustion fuel. Provided hydrogen is made using renewable energy sources such as wind, solar or geothermal, CO2 emissions are minimised during the production process.

Today, most hydrogen is generated from fossil fuels and used mainly for industrial purposes such as fertiliser production and petroleum refining. But Toyota expects that in the future hydrogen will be generated with very low carbon emissions and used in a wider variety of applications.

A key challenge is that to use hydrogen as an energy source in our homes and daily life, the technology must meet different safety standards and be adjusted to new environments.

Together with Asian energy company ENEOS Corporation, Toyota’s goal is to help hydrogen become commonplace by making it safe, convenient, and affordable. And by establishing the underlying supply chain, Toyota hopes to facilitate the flow of a larger volume of hydrogen and fuel more applications.

The ultimate goal is to realise a “carbon-neutral society where everyone can access clean energy, first in Japan and then throughout the world.” The real-life experiences at Woven City will help establish how to “best transform hydrogen into a familiar, well-used, and popular form of energy”.