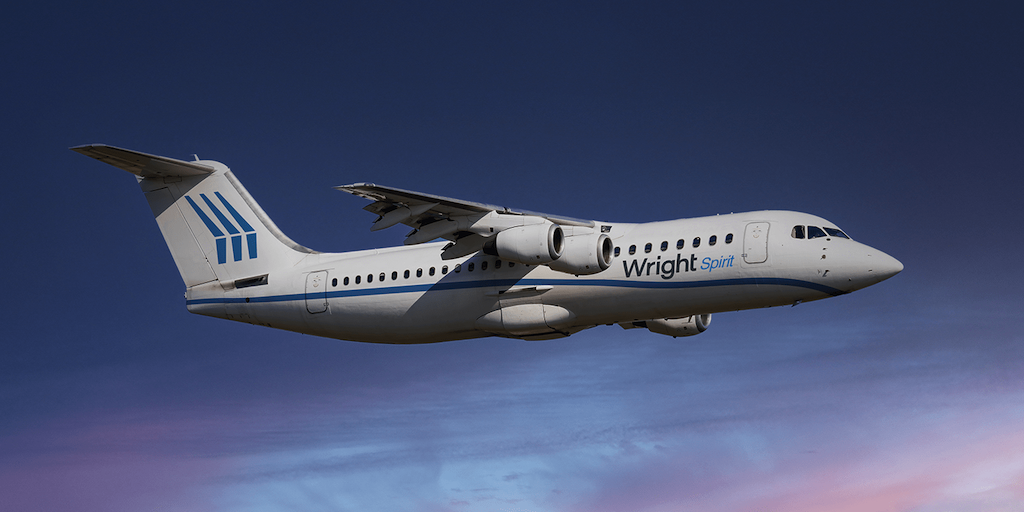 US start-up Wright Electric has announced plans for a 100-seat fully-electric regional jet that could be in service from 2026. The electric aeroplane, named Wright Spirit, is an electric-powered version of the BAe 146 regional jet originally manufactured by BAE Systems.

The Wright Spirit is based on a conversion of the four-engine aircraft, creating a retrofit regional aircraft that is expected to have a flight time of one hour and a range of about 750 km.

Wright Electric early last year announced it had conceived a viable electric megawatt propulsion system, opening up the prospect of commercial fully-electric regional jets. Since then the company says it has tested key components of the system, including a high-power density inverter and a 2 MW motor.

By concentrating on one-hour flights, the Wright Spirit could be suitable for some of the world’s busiest city connections such as Seoul – Jeju, London – Paris, Rio de Janeiro – São Paulo, San Francisco – Los Angeles. “We can make a significant impact on global emissions by targeting this high-demand segment of the market,” says Engler.

The company’s planned larger 186-seat commercial aircraft named Wright 1, which is a completely newly designed aircraft, is due to enter service in 2030 with an estimated range of 1,300 km.