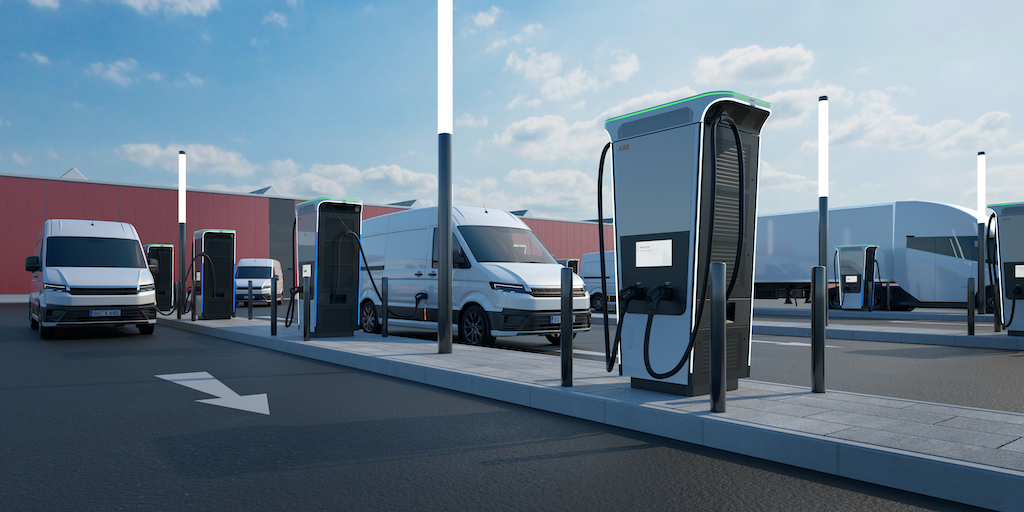 Swiss-Swedish technology company ABB has launched Terra 360, which it says is the world’s fastest car charger capable of fully charging an electric car in less than 15 minutes, and providing 100km of range in less than 3 minutes. It is also the only charger designed specifically to charge up to four vehicles at once thanks to dynamic power distribution.

“With governments around the world writing public policy that favours electric vehicles and charging networks to combat climate change, the demand for EV charging infrastructure, especially charging stations that are fast, convenient and easy to operate is higher than ever,” said Frank Muehlon, President of ABB’s E-mobility Division.

Available in Europe from the end of 2021, and in the USA, Latin America and Asia Pacific regions in 2022, Terra 360 features a user-friendly lighting system that guides the user through the charging process and shows the State of Charge (SoC) of the EV battery and the residual time before the end of an optimal charge session. It is also wheelchair accessible and features an ergonomic cable management system that helps drivers plug in quickly with minimal effort.

Customers can brand the chargers by using different foiling and change the colour of the LED light strips. There is also the option to include an integrated 27” advertisement screen to play video and pictures.