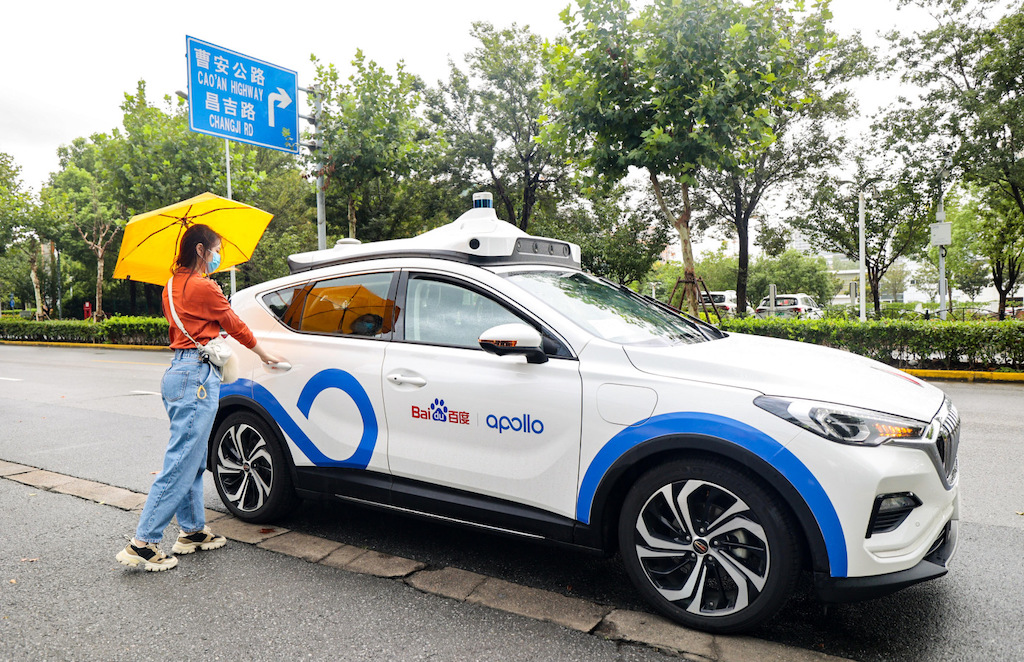 While Baidu says its robotaxis have Level 4 capabilities a human safety operator will be present during all rides to comply with local regulations. Level 4 means the cars are technically fully autonomous, but within geographically defined areas.

The Shanghai fleet will be made up of Baidu’s electric Hongqi EVs and the aim is to run a fleet of 200 vehicles in the city.

Riders in Shanghai can use the Apollo Go app to call a robotaxi from 9:30am to 11pm and be picked up or dropped off at one of 150 stations across the Jianding District, which is home to Shanghai University, the Shanghai International Circuit and many tourist attractions.

Shanghai is also the location of Baidu’s Apollo Park, an autonomous vehicle facility for operation, testing and R&D. The park will be the base for the 200 AVs Baidu hopes to bring to the city, which would make it the site of the largest self-driving fleet in East China.

Shanghai is the fifth city to offer Apollo Go robotaxi services and Baidu says it plans to expand to 25 more cities in the next three years, bringing the potential of autonomous driving to three million people in China.

In a press release, Wei Dong, vice president and chief safety operation officer of Baidu’s Intelligent Driving Group, says, “achieving this large-scale implementation requires three steps: regionalization, commercialization and verification via unmanned on-road operation. Baidu has already made headway in autonomous ride-hailing, achieving a 60% drop in cost per mile with the 5th generation robotaxi vehicle release in June. With the launch in Shanghai, Baidu Apollo is continuing to deliver on China’s vision of developing a world-leading autonomous driving market.”