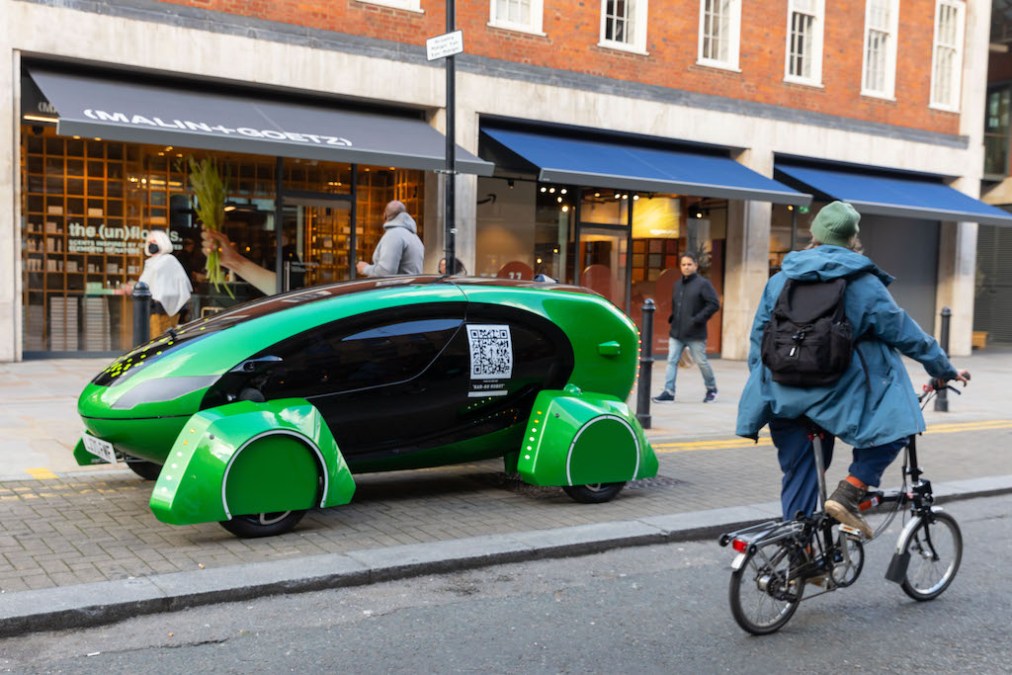 Academy of Robotics, a high-growth British autonomous vehicle and robotic technology company, has launched its pre-series A fundraising aimed specifically at retail investors.

Kar-go uses a combination of advanced robotics and driverless vehicle technology, which it says has the potential to remove up to 90% of the cost associated with the last mile of delivery. And the Kar-go system is optimised to autonomously drive on un-marked roads making the vehicle “perfect for solving the challenge of last mile deliveries in residential areas as well as urban environments”.

Academy of Robotics developed its first AV, the Kar-go Delivery Bot, using proceeds from crowdfunding in 2017.

The company successfully proved its technology in trials with the Royal Air Force (RAF) in 2021. These focused on last-mile airbase logistics, supporting RAF personnel by using the Kar-go Delivery Bot to run delivery errands around the UK’s largest airbase at Brize Norton, Oxfordshire.

The pre-series A funding will be used to scale-up production of its electric AV technology, which will facilitate opportunities for retail investors to directly benefit from the company’s growth and accelerated expansion. This includes opening a new factory and test-track facility in a rural location in the East of England by 2023.

William Sachiti, CEO and Founder of Academy of Robotics, said, “Having achieved so much since our last fundraise, we are excited to launch our next round, offering the community of individual investors a chance to participate in the high-growth autonomous vehicle and robotic technology space.

“The UK government’s Future Fund investment has provided us with a valuable funding injection following a challenging couple of years for high-growth technology start-ups, which will allow us to make the critical investments we need to scale to the next level at pace and stay ahead in this highly competitive, fast-moving autonomous vehicle space.”

Sachiti added, “The UK has been a great environment to develop our innovative, autonomous robotic technology. The supportive regulatory environment means that with the approval of one body – the DVLA – we can test our vehicles across the UK, which has seen us already successfully trialling Kar-go in diverse, real-life road conditions. The UK’s well-established crowdfunding scene means we have largely developed as a community-funded enterprise, which is so important for responsible innovation in the AV sector rather than face pressures to ‘move fast and break things’.”

The Kar-go Delivery Bots have been certified as roadworthy by the DVLA. Having commenced trials on public road in West London in November 2020, Academy of Robotics has since expanded its trials to include Surrey and South London. In the first Hounslow road trials, the company used its contact-free self-driving technology to deliver medicines during the pandemic.