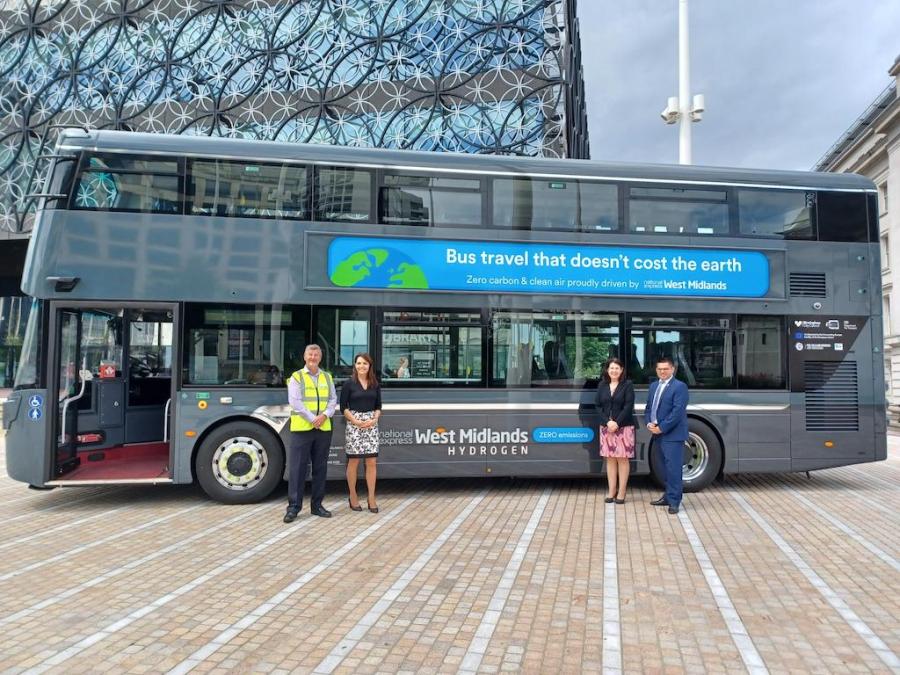 It means, says the government, it is on track to deliver its commitment to fund a total of 4,000 zero-emission buses to “drive forward the UK’s progress on its net zero ambitions” and to “build and rebuild those vital connections to every part of the UK”.

The West Midlands Combined Authority (WMCA) is one of the biggest recipients. It announced it is receiving £30 million under the programme to fund 124 hydrogen fuelled buses. Green Hydrogen generated from renewable energy, it says, will ensure the scheme is fully zero emission.

Transport for West Midlands (TfWM), which is part of the WMCA, will now work with bus company partners and the hydrogen production industry to get the fleet up and running.

Pete Bond, director of integrated transport services with TfWM said, “Buses are the most used form of public transport in the region and this is welcome Government investment in our network. These hydrogen buses shows how the West Midlands is leading the way on decarbonising our transport and making good progress on achieving our net-zero targets.

“Not only is it welcome to support our work to improve the air we breathe, but new modern buses, accompanied by the new bus lanes and priority measures being introduced will offer commuters a reliable and comfortable alternative to the car and traffic congestion.”