Guest blog – why the flying car is no longer science fiction

Human efforts to achieve flight date back to the ancient world, says Rani Plaut, CEO and Co-Founder of AIR. Clearly the Wright brothers’ 1903 triumph hardly marked the end of this millennia-long quest for elevated mobility, but are we about to experience a paradigm shift in personal aviation?

Less than a generation after the Wright brothers’ success at Kitty Hawk, North Carolina, Glenn Curtiss introduced the first “flying car,” dubbed the Autoplane, at the 1917 Pan-American Aeronautic Exposition. From The Jetsons to Blade Runner: 2049, popular culture is filled with futuristic visions of worlds where people move from A to B in flying vehicles.

Of course, such vehicles have yet to hit the skies. There was even a popular Internet meme about how the realities (and absurdities) of 21-Century life fail to match up with long-ago predictions that we’d all be whizzing around in a flying-car utopia by now.

With forecasters predicting that the eVTOL market will ascend to $14.7 billion by 2041, the coming decades will give rise to a new mobility ecosystem that truly reflects humans’ longstanding ambition to touch the skies – not only on the occasional business trip or a family vacation but in their everyday lives.

Halted Mobility in the Era of COVID-19

As recently as one year ago, the wide-open skies seemed to have closed in. The nascent COVID-19 pandemic ground air travel to a virtual halt in the late winter and early spring, with international air travel plunging 60% over the course of 2020. Predictions that flights wouldn’t return to pre-pandemic levels until mid-decade seemed far from unreasonable. Few would have expected that US flights leading into the Independence Day 2021 holiday weekend would actually exceed those levels – but they did, underscoring the resilience of the human desire to hit the skies and see the world.

At the same time, the pandemic – which has significantly diminished but is not yet over – has spurred a new look at more personal, social distancing-friendly forms of travel, which helps explain why personal auto sales have surged of late. This development is where our abiding desire to move around and seek out new forms of adventure dovetails with the resurgent interest in private forms of mobility.

From expanding drone delivery programs to increasing demand for cleaner, greener forms of transportation amid global climate change, the eVTOL market is poised to benefit from larger commercial and economic trends that have reshaped how people think about air transportation and fostered greater interest in alternatives to traditional vehicles.

As with any new form of transportation, public acceptance will be a key barrier for the eVTOL market to overcome.

Developing a robust urban air infrastructure and a viable set of regulatory standards will not only accelerate the industry’s growth but will also help soothe public fears about this newfangled technology. Deloitte projects that following a wave of successful pilot programs and growing public acceptance, autonomous passenger eVTOLs will see greater adoption beginning in 2030, with production costs plunging as manufacturers achieve economies of scale and battery costs decrease.

That means that the next decade will be critical in formulating the regulatory policies and developing the technologies necessary to make flying cars an everyday reality for consumers across the globe.

What starts as an impossible dream often becomes humdrum within a remarkably short span of time. And while flying cars have existed in the popular imagination for well over a century, they’re closer than ever to going from the stuff of science fiction and Internet memes to conveying passengers on their daily commutes. After a year when the skies seemed harder to reach than at any time in recent history, we’re on the cusp of reaching unprecedented heights of innovation and human achievement.

About AIR – promising a paradigm shift in personal aviation

Israeli eVTOL start-up AIR is promising a “paradigm shift in personal aviation” based on what it calls “airEVs for the consumer market”. The company’s vision is for a “private electric aircraft parked by your house”. It says it combines sustainable aerospace innovation with automotive know-how to create airEVs that offer intuitive ‘fly by intent’ handling and a one-of-a-kind user-centric experience for the everyday flier.

While the vast majority of the sector is focused on building commercially piloted or autonomous air taxis for cities, AIR offers an alternative for those who want “to enjoy the ultimate freedom of flying on their own terms”. Thanks to its vertical take-off and landing capabilities and cutting-edge flight control system, the company’s vehicles, it says, offer a completely new and sustainable way to get to any destination.

“Everybody wants to fly, and with AIR, they finally can. We’re creating a fun and functional personal airEVs that will blaze a path towards a new era of air mobility accessible to everyone,” said AIR CEO and Co-Founder, Rani Plaut. “Our company is building airEVs for the reality we live in and the future of our dreams, putting usability, safety and thrill at the forefront of every product decision so we can put the power of flight in every person’s hands.”

AIR is promising a product reveal in the Autumn. 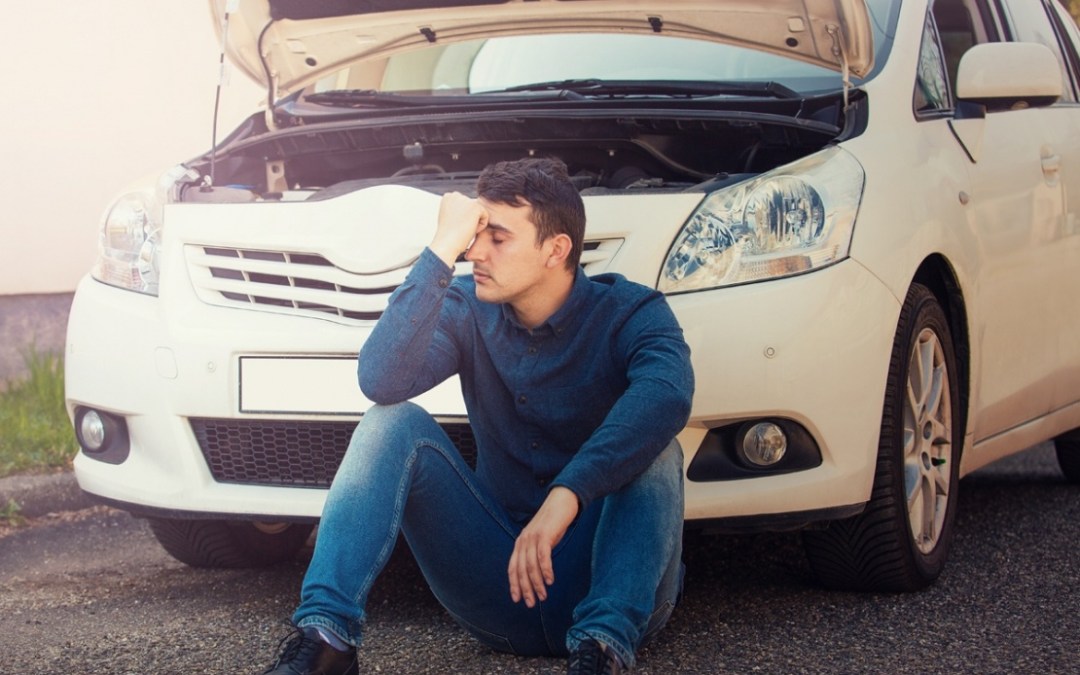 A new report from IoT research analysts Beecham, sponsored by UK-based mobile virtual network operator Caburn Telecom, warns that in the race to deliver the EV charging network needed to support the rapid expected transition to electric vehicles, the importance of connectivity must not be overlooked.

As Caburn explains, IoT systems acquire data from devices, process it for use in applications, and generate real-time information that is communicated to third parties.

In EV charging, the public charge points are the devices. They process operational status, metering and user data and communicate the information so that the charge point operators (CPOs) can monitor their maintenance needs, users can be billed, and the utility and communications companies can be paid.

Uptime is critical, but the track record to date is poor. And that, says Caburn, is largely because the complexity of the connectivity part of any IoT solution is too often underestimated.

It says a UK 2019 survey conducted by Zap-Map found that almost 25% of public charge points were out of service. Of those, 7.5% were flagged with a problem, but 16% were not communicating their status.

The key point, it says, is it is hugely frustrating for users – already subject to range anxiety – to find that available charging points are not working. And unless addressed this will become a major obstacle to the wide-spread adoption of EVs. That in turn could prove a significant blocker to the UK Government’s ambitious transport decarbonisation agenda.

A priority for CPOs, believes Caburn, is to ensure they offer high uptime for their charging points and provide accurate real time information on their status. And CPOs that fail to provide this, it warns, risk reputational damage and loss of market share that will become increasingly severe over time.

The solution, says Caburn, is CPOs should not by default simply turn to their regular enterprise mobility partner. Instead they should be looking to partner with a mobile virtual network operator that offers non-steered access to multiple networks, and a management platform that allows the CPO to monitor the charge-points in real-time and to remotely correct faults.

Multi-network roaming, it says, maximises geographical coverage and connection resilience. Non-steered access ensures that no network is prioritised and in the event of a connectivity issue the charge points can change between them automatically and with minimal delay.

And to meet driver expectations for trouble-free journeys, concludes Caburn, CPOs need to make a detailed evaluation of their requirements when selecting their communications partners. Connectivity is a crucial resource and must be planned at an early stage of any IoT project to ensure its long-term success.

How micro-mobility can help during lockdown: lessons learned from Dott

Dott is the only company still operating in France, Belgium, Italy and Germany (at the time of recording). Henri Moissinac, CEO &  cofounder, will present some key initiatives and lessons learned on rider usage after one month of confinement in most cities.

The future of mobility: how mobility giants are weathering the storm

Our video's are free to watch. You just need to register to view.
Register here
Already registered? Login 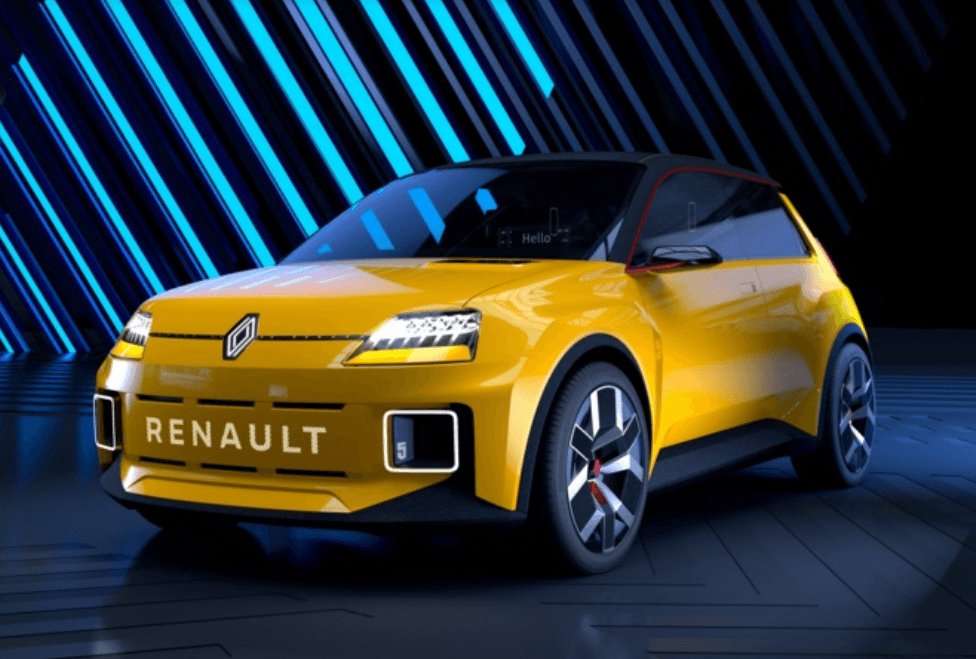 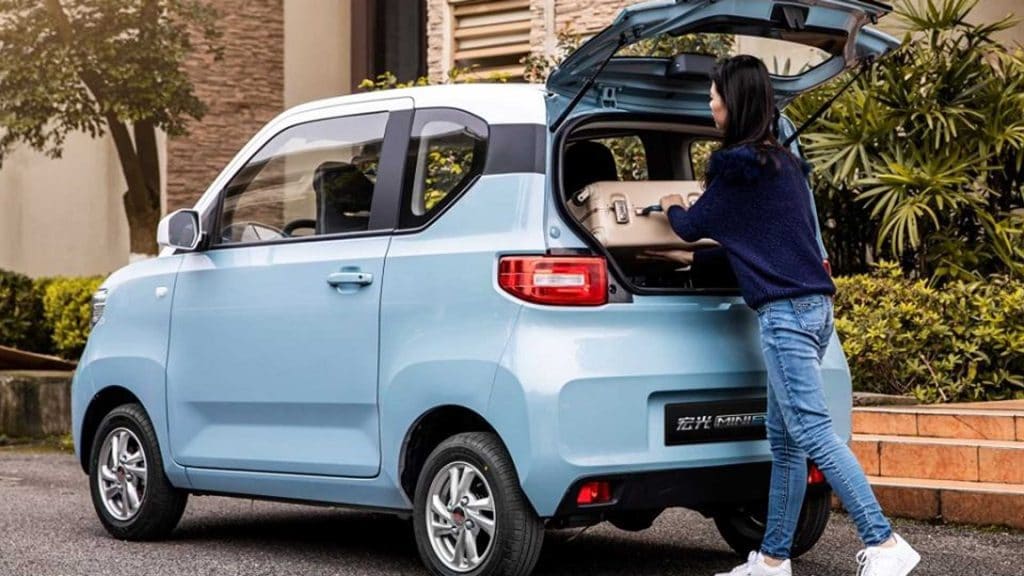 A budget electric vehicle (EV) from China’s top automaker, state-owned SAIC Motor, is outselling Tesla in its home market and has jumped to second place in EV global sales.

The compact Hong Guang Mini EV sells for $4,500 (£3,200) helping it overtake the Shanghai-built Tesla’s Model 3 as the country’s most popular EV.

The cars, built as part of a joint venture with US car giant General Motors (GM), are marketed as “the people’s commuting tool”.

The Hong Guang Mini EV is now believed to be the second-best-selling electric model worldwide behind the Model 3.

While China has many small and cheap electric vehicles, the Hong Guang Mini is the first built by a major manufacturer potentially targeting an international market. Reports have linked it to a Latvian automaker who could sell a version of the car in Europe. However, the price is likely to be considerably higher due to European environmental requirements. 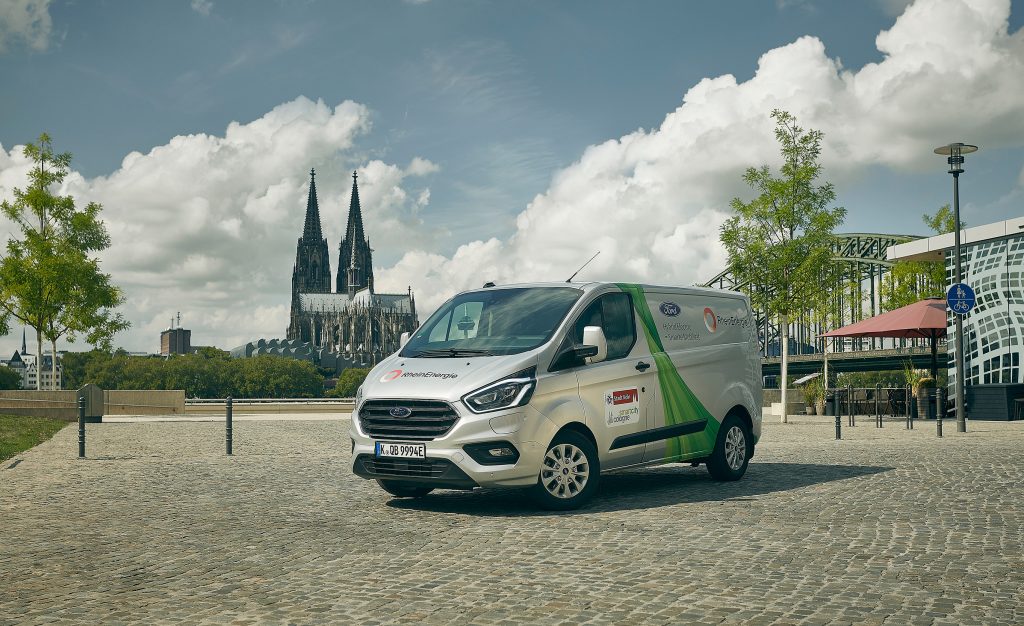 Research by Ford of Europe has shown how emerging technologies such as blockchain and dynamic geofencing can complement plug-in hybrid-electric vehicles (PHEVs) to help contribute to cleaner air in urban centres.

The findings follow an extensive three-year study into the potential for commercial PHEVs to help cities solve air quality challenges. More than 400,000 kilometres of data was collected during the programme with dozens of Ford Transit and Tourneo PHEVs deployed to a variety of municipal and commercial fleets in London; Cologne, Germany; and Valencia, Spain.

A key breakthrough was that with geofencing, the vehicle’s zero-emission electric-drive mode can be activated automatically whenever it enters a low‑emission zone, without intervention from the driver.

And the Cologne municipal fleet trial took this one step further, showing how blockchain technology can complement geofencing to further enhance efforts to improve air quality. The time a trial vehicle entered or left a geofenced zone was recorded into a blockchain – a secure and transparent digital ledger that creates permanent time‑stamped records which are saved on multiple computers – ensuring ‘green miles’ driven could be safely stored and potentially shared among relevant parties such as city authorities and fleet owners.

Both the Cologne and Valencia studies proved the value of connecting vehicles and cities to help reduce air pollution and develop low-emission zone compliance; of the 218,300 km covered by the 20 vehicles in Cologne and Valencia, almost half (105,600 km) were driven on purely electric power, rising to more than 70 per cent in the Cologne geofenced zones.

“Our pioneering research demonstrates that operators can get the best of both worlds with plug in hybrid electric technology, electrifying fleets for improved sustainability without compromising on productivity,” said Mark Harvey, director, enterprise connectivity, Ford of Europe. “With our latest studies in Cologne and Valencia, we’ve shown the additional sustainability and compliance benefits that connected technologies such as geofencing and blockchain can bring to cities, citizens and operators.”