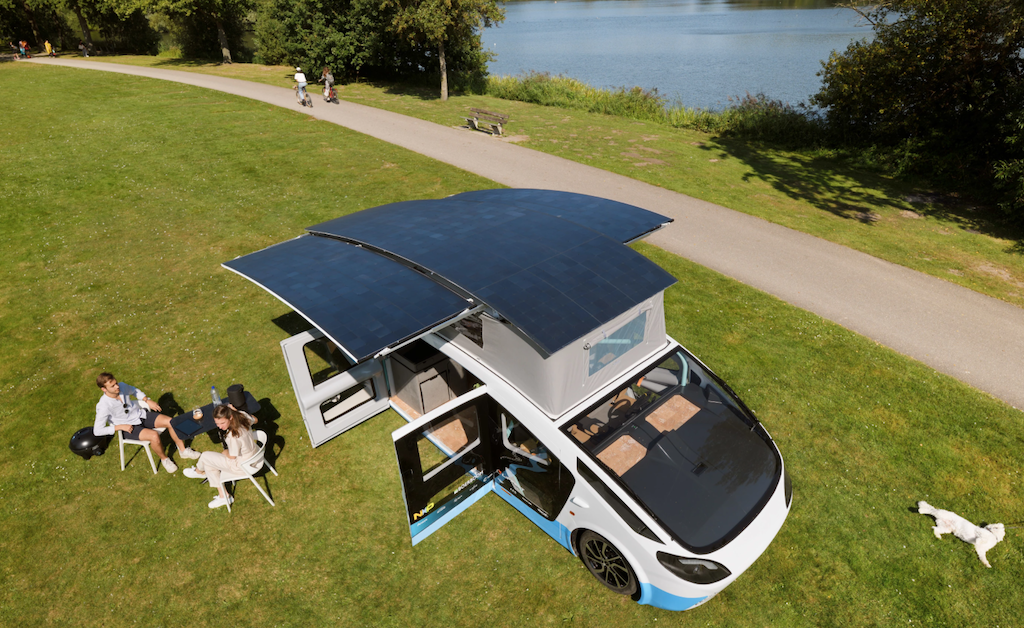 Dutch students from the Solar Team at the TU Eindhoven are about to undertake a 3,000km road trip across Europe in their self-powered Stella Vita camper.

Described as a solar house on wheels, the Stella Vita has an 8.8 m2 solar array on its roof that harvests energy for the 60-kWh lithium ion battery bank while driving. Slide-out panels double the total solar canopy when parked at camp.

All of the Stella Vita’s power needs, including the electric drive system but also kitchen, bathroom and lighting requirements, are expected to be met by the solar system alone, so there shouldn’t be a need to rely on charging infrastructure along the travel route.

In bright sunlight, Solar Team Eindhoven says that the vehicle could travel up to 730 km in a day, and that the range on a fully charged battery could allow as much as 600 km of motoring by night.

To prove the Stella Vita’s capabilities, team members are due to embark on a European Solar Tour. Setting off from Eindhoven in the Netherlands on 19 September, the team plans to head south through Zolder toward Brussels, and then onto Paris, Le Mans, Île de Ré, Bordeaux, Biarritz, Zaragoza, Madrid, Toledo, and Córdoba, with the 3,000-km journey coming to an end in the southern-most city in Spain, Tarifa, on 15 October.