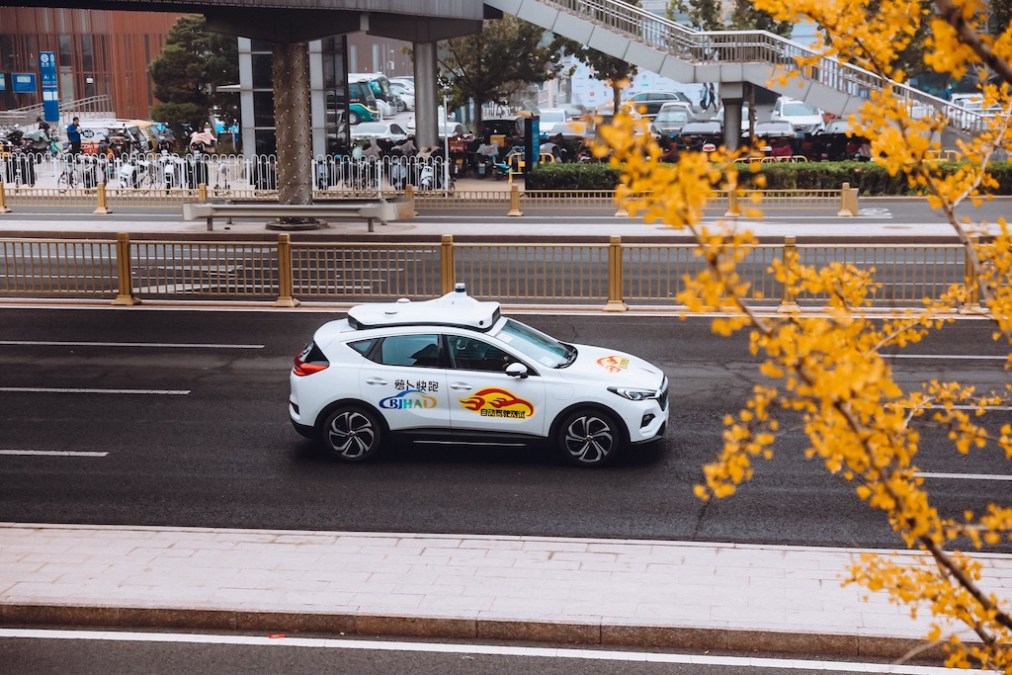 Beijing has this week approved its first driverless taxis for commercial use. The license terms allow two fare paying passengers and require a safety driver, but the vehicle to all intents and purposes drives itself.

The start of commercial services is a significant step forward for the driverless ambitions of Chinese tech giant Baidu and autonomous vehicle technology company Pony.ai, but commentators think it will be years before the taxis operate fully without human intervention.

More than 500,000 free trips have already been made in Pony.ai’s robotaxis during testing and development, the Toyota-backed start-up said.

Services are confined to the city’s southern Yizhuang area. Passengers using Baidu’s “Apollo Go” cars must download the “Luobo kuaipao” app and can hail a cab at one of 600 pick-up and drop-off points.

At launch sixty-seven Baidu taxis are in service charging just two yuan (Euro 0.30) for an up to 6km journey.