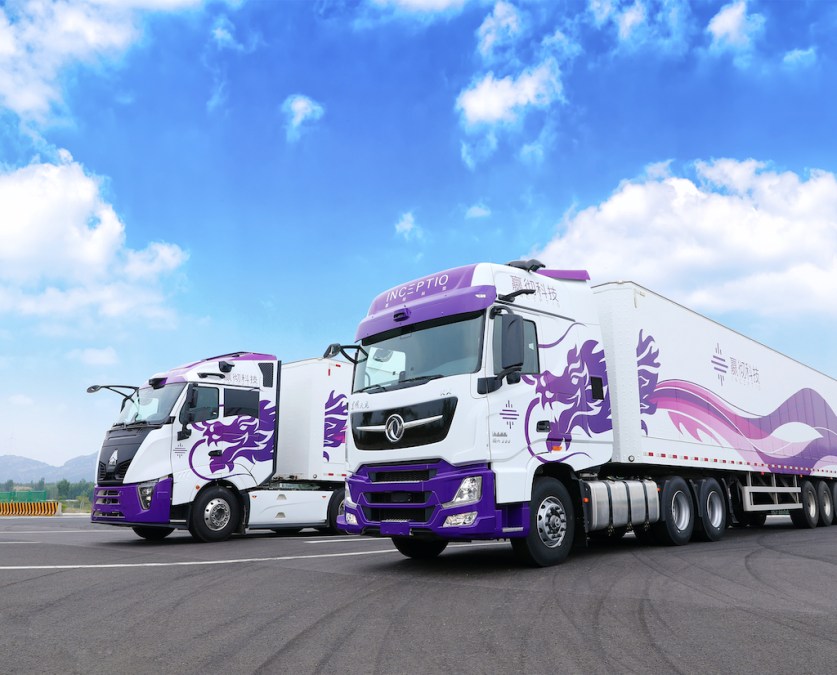 Inceptio Technology, an autonomous driving truck technology and operation company, announced it has reached and closed US $188 million Series B+ equity financing. The founding round was jointly led by Sequoia Capital China and Legend Capital.

The funding will allow Inceptio Technology to accelerate development of its “Xuanyuan” self-developed “full-stack” autonomous driving system (full-stack refers to the intention to develop the major hardware and software components in-house), introduce more mass-produced autonomous trucks to the market, and speed up in electrification.

At the end of 2021, Inceptio Technology and China’s leading OEM started mass production of a Level 3 autonomous heavy-duty truck, claimed to be the industry’s first. Level 3 or L3 is where the driver can turn their attention away from the driving tasks, but needs to be ready to take back control at any time. According to Inceptio, its L3 trucks have all been deployed in daily commercial operations on line-haul freight routes across China.