Manchester Mobility Hub prioritises streets for people, but locals call it a car park with a glossy spin 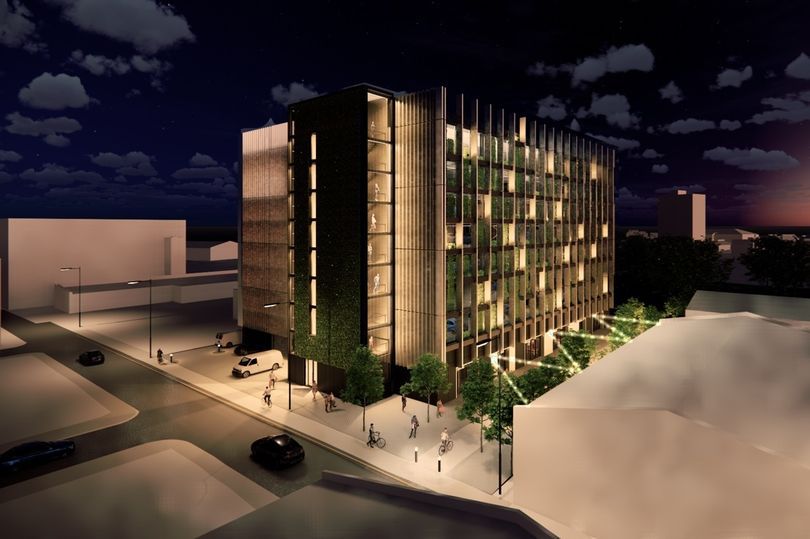 A planning application for an urban mobility hub in Ancoats area of Manchester in north west England has been submitted, which would see cycle spaces and an electric car club brought to the Manchester neighbourhood. The planned hub is a joint venture between Manchester City Council and Manchester Life, a housing company part-owned by Manchester City Football Club owner Sheikh Mansour bin Zayed Al Nahyan.

Under the application, the Ancoats Mobility Hub would operate from the end of 2023 as a shared facility to ensure Ancoats grows as a ‘people first’ neighbourhood that prioritises streets for people over vehicles and provides sustainable and shared mobility choices.

Those behind the mobility hub say the streets and public space across the neighbourhood will immediately become cleaner and safer as on-street parking is removed and vehicle movements across the area are reduced.

Local reaction is however divided. Mobility Hubs are usually a piece of infrastructure or place that integrates both public and private transport to discourage the use of private cars. Critics of the Ancoats design say it fails to include any links to public transport or other modes of travel such as cycle lanes.

Local opposition Liberal Democrat politicians say it is no more than a multi-storey car park with ‘a glossy spin’.

But Sir Richard Leese, Leader of Manchester City Council, responded, “The Hub is a UK first. Anyone who thinks this is ‘just another car park’ is massively missing the point.”

“The purpose of a car park is to park cars. The purpose of the Hub is to help transform the neighbourhood over time, pioneering new ways of getting around and encouraging people to choose greener and healthier transport options. This is about thinking and acting differently.

“We have to recognise that many people who choose to live in the city centre require cars for their daily life and work. But we do want to be very deliberate in making sustainable transport changes easier and more attractive – encouraging the use of electric vehicles, cycles and other forms of active travel while supporting the transition away from petrol and diesel.”