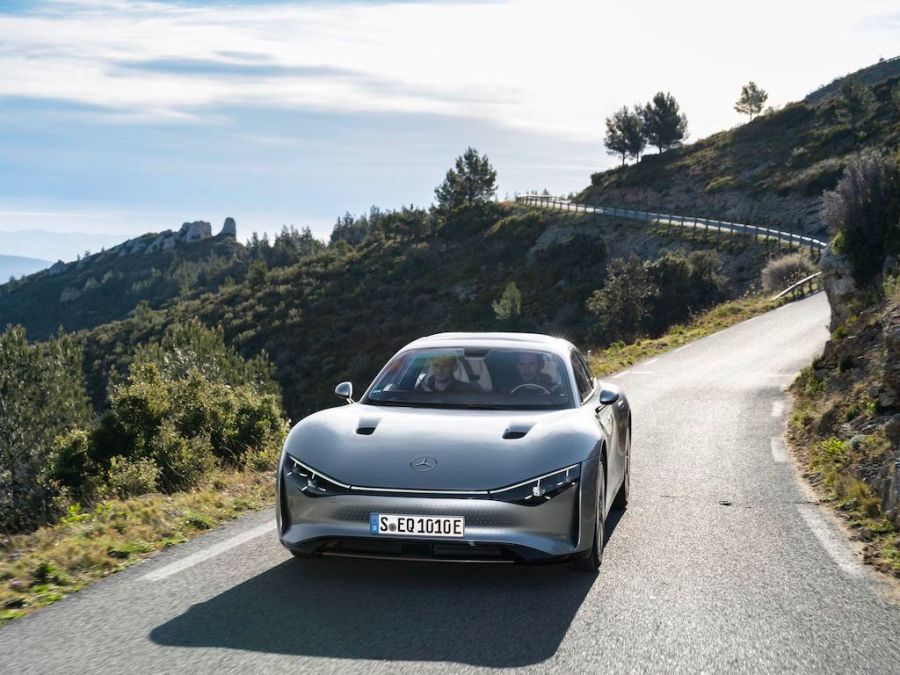 Mercedes-Benz has announced its electric concept car, the Vision EQXX, has successfully completed a real-world test in which it achieved a distance of over 1,000 km on a single battery charge.

The Vision EQXX set off from just outside Stuttgart and travelled through the Swiss Alps and Northern Italy before finishing at Cassis in the French Riviera.

According to Mercedes, the car “effortlessly” covered the miles “in everyday traffic” in a variety of conditions including “prolonged fast-lane cruising at up to 140 kph on the German autobahn” and “near the speed limit” elsewhere.

During the 11-hour run the vehicle travelled at an average speed of 87km/h and temperatures ranged from 3 to 18 degrees Celsius.

Mercedes describes the distance covered as “over 1,000 km”, which is more than twice the typical range that most EVs available today can travel. According to a statement, the Vision EQXX’s battery was at 15 percent at the end of the test, suggesting a remaining range of around 140 km. The average power consumption was a record-breaking low of 8.7 kWh per 100 km, which is better than Mercedes predicted.

The VISION EQXX won’t be put into production but provides a “rolling testbed for EV technology” which, for instance, incorporates many learnings from the Mercedes-AMG F1 team and its expertise in electric powertrains.

Markus Schäfer, Mercedes-Benz Group board member and Chief Technology Officer responsible for Development and Purchasing said, “The VISION EQXX is the result of a comprehensive programme that provides a blueprint for the future of automotive engineering. Many of the innovative developments are already being integrated into production, some of them in the next generation of modular architecture for compact and midsize Mercedes vehicles.”