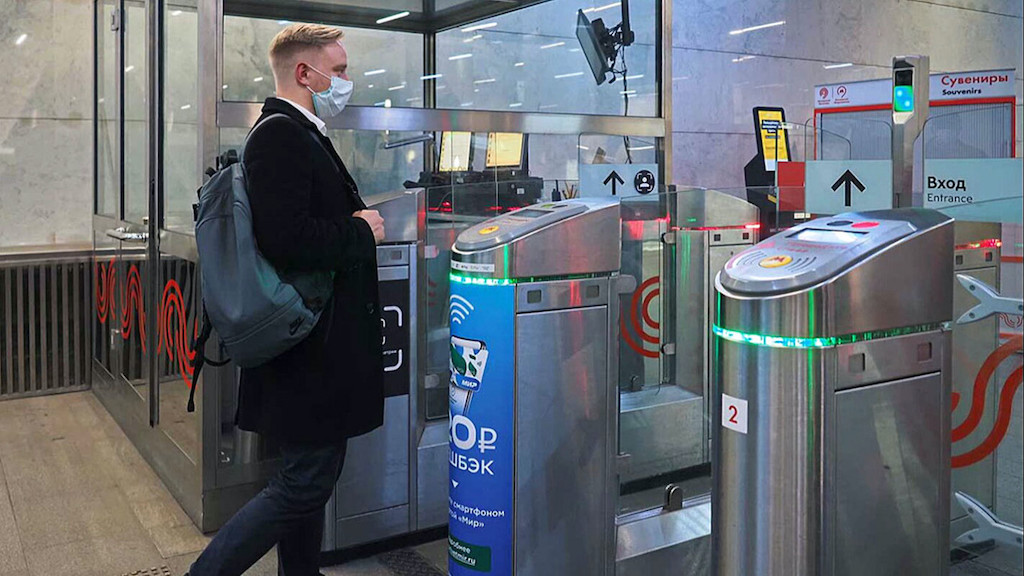 Moscow has rolled out a facial recognition payment system in its metro system, as part of a rapid expansion of this controversial technology in Russia.

Rights activists have criticised the biometric technology – already in use at dozens of the city’s supermarkets – as an example of creeping state surveillance.

“To enter the metro, passengers do not need a card or a smartphone,” says Deputy Moscow Mayor for Transport, Maxim Liksutov, “they just need to look at the camera on the turnstile”.

The official said he expected the system dubbed ‘Face Pay’ to be used by 10 to 15 per cent of passengers within the next two to three years, adding that signing up to the system – which requires a bank account that has metro riders’ biometric data on file –  is voluntary.

The Moscow authorities expect the facial recognition payment system to speed up traffic in the city’s sprawling metro network. They have promised that the data will be securely encrypted with turnstile cameras reading a ‘biometric key’ rather than an image of the passenger’s face.

The authorities are working to expand an initiative to collect Russians’ biometric data, which began in 2018.

Earlier this year, the Kommersant business newspaper reported that authorities are hoping to increase the number of people who have signed over their biometric data from around 160,000 to 70 million over the next two years.