The Supreme Court of Ohio has upheld a permit for the 20.7-MW Icebreaker wind farm, a demonstation project that is poised to be the first freshwater windfarm in the United States. In a 6-1 decision, the court rejected arguments the Ohio Power Siting Board in May 2020 improperly issued a siting permit for the proposed project in Lake Erie.

The permit was challenged by two people who were concerned the Icebreaker project would lead to more wind farms on Lake Erie. With a third of the project under contract to the City of Cleveland and Cuyahoga County, the decision clears the way for Lake Erie Energy Development Corp., the project developer, to market the rest of the project’s power, the public-private partnership said.

Already there is an emerging U.S offshore wind sector along the East and West coasts, but the court ruling signals a possible opportunity for the Great Lakes.

“The court’s decision preserves the economic potential this project can unlock for the region,” said Will Friedman, Cleveland-Cuyahoga County Port Authority president and CEO.

“Other states are nipping at our heels to attract offshore wind and its economic benefits. We don’t want to squander this opportunity and let 15 years of work slip away to other states eager to capture market share.”

The project is said to be built on 4.2 acres which is nine miles from Cleveland. LEEDCo said the project has received approvals from agencies including the Ohio EPA, the U.S. Department of Energy, the Federal Aviation Administration, the U.S. Coast Guard, the U.S. Army Corps of Engineers, the U.S. Fish and Wildlife Service and the Ohio Department of Natural Resources.

It also has a generator interconnection agreement with the PJM Interconnection to connect to the grid, according to the project developer 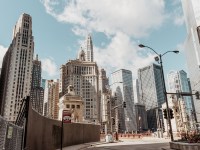