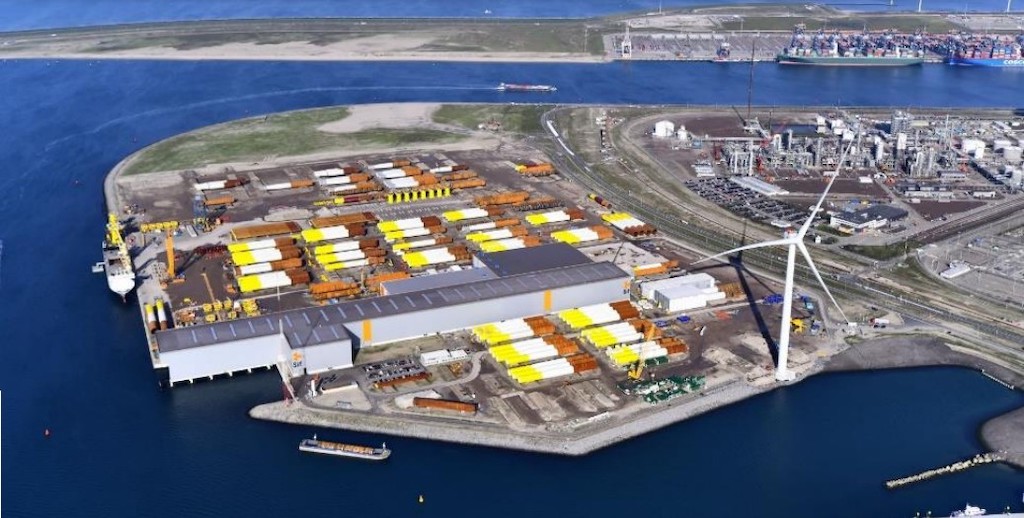 The Port of Rotterdam is supporting a trial in which green hydrogen will be produced from wind power at the Sif factory on the Maasvlakte, a man-made extension of Rotterdam’s giant Europort.

Sif, the Dutch fabricator of steel monopiles used as foundations for offshore wind turbines, is working on the AmpHytrite project with renewable energy consultants Pondera, construction and design consultant KCI The Engineers and GE Renewable Energy.

The companies have signed a memorandum of understanding to collaborate on the project to establish the potential of producing green hydrogen at a full-scale offshore windfarm.

Green hydrogen is widely seen as the best option to transition the shipping industry away from fossil fuels.

The AmpHytrite trial is designed around three phases. The first is a feasibility study into offshore offgrid production of green hydrogen. The second involves developing and building a production unit near the Sif factory which will run exclusively on power generated by GE’s Haliade wind turbine and should produce 750 tons of green hydrogen a year. The third phase consists of scaling up the concept and applying it at full scale at a wind farm at sea.

The plans build on the findings of a previous feasibility study and are in line with the new hydrogen infrastructure and other projects planned by the Port of Rotterdam in its mission to achieve sustainability across the maritime industry.