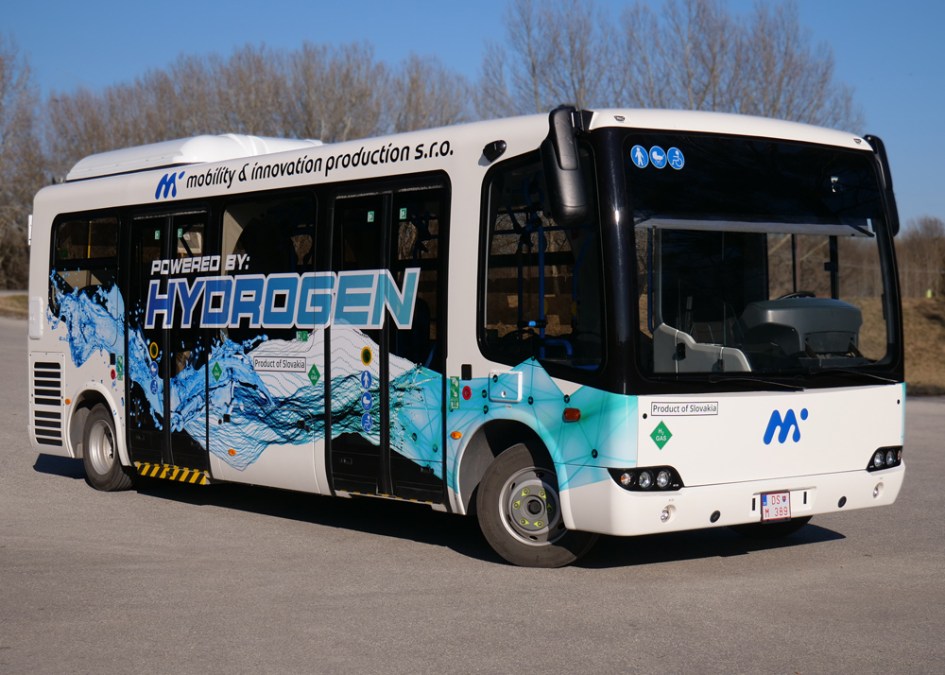 Slovakian zero emission bus developer Mobility & Innovation has launched an 8-metre, 21-passenger hydrogen-electric minibus which is claimed to be the most fuel efficient and quickest to refuel vehicle of its kind in the world.

Requiring just 10.5 kilograms of hydrogen to achieve more than 400 km of range. To maintain optimum fuel efficiency, the weight of all components was minimised, and it was designed to deliver the fastest re-fueling of any equivalent bus on the market.

The fuel system incorporates Luxfer’s proprietary liner-processing technology, resulting in cylinders that are among the highest-capacity, fastest to refill and lightest Type 3 alternative fuel cylinders in the world, making them “ideal for transit buses, light, medium and heavy-duty trucks, refuse vehicles and bulk gas transportation modules.”

The system was developed at Luxfer Gas Cylinders’ site in Nottingham, working alongside worldwide partners to deliver the project in just nine months – around three times quicker than standard clean bus builds.

The minibus will now journey across Slovakia, Italy, Austria, Hungary and the Czech Republic, proving the viability of the technology, with the goal of securing commercial orders.

Speaking at the launch in Bratislava, Luxfer’s European Business Development Manager, Jim Gregory said, “This project was designed, built, tested and homologated in much less than one year, in collaboration with a dynamic team of engineers and suppliers from seven different European countries. We’re extremely proud to see the H2Bus come to fruition – this is significant in helping many more bus operators and governments become another step closer to achieving their zero emissions targets.”