Swedish startup Heart Aerospace is developing an all-electric aircraft designed for short trips. While current battery technology limits the distances electric planes can travel, they can service and even offer advantages for shorter trips.

Heart Aerospace’s ES-19 is a 19-passenger all-electric aircraft with a maximum range of 400 km, which will increase as battery technology advances.

It says its electric motor is around 20 times less expensive than the engine in a conventional turboprop of the same size, and maintenance costs are more than 100 times lower.

Heart hopes that these low running costs will make the ES-19 viable servicing routes that are no longer viable for gas-turbine-powered aircraft, or perhaps even open up entirely new ones.

Designed to take off from runways as short as 750 m the company imagines the electric plane transporting passengers on short flights over mountainous terrain where travel by road would be impractical, or perhaps hopping between islands.

The company has attracted the interest of some big names in aviation. Heart recently confirmed completion of a Series A funding round, with investments from Breakthrough Energy Ventures, Mesa Airlines and United Airlines – with the two airlines each committing to buy 100 of the planes for commercial use.

“We expect the short-haul regional air travel market to play a key role in the evolution of the electric aircraft,” says Michael Leskinen, United’s Vice President Corporate Development & Investor Relations. “As battery technology improves, larger-gauge aircraft should become viable but we’re not going to wait to begin the journey. That’s why we’re looking forward to beginning our work with Heart, so that, together, we can scale the availability of electric airliners and use them for passenger flights within the next five years.”

Heart Aerospace expects to finalize the design for its ES-19 plane by 2023, conduct its first flight in 2024 and enter service late 2026. 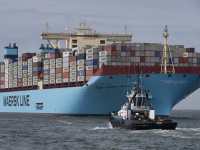