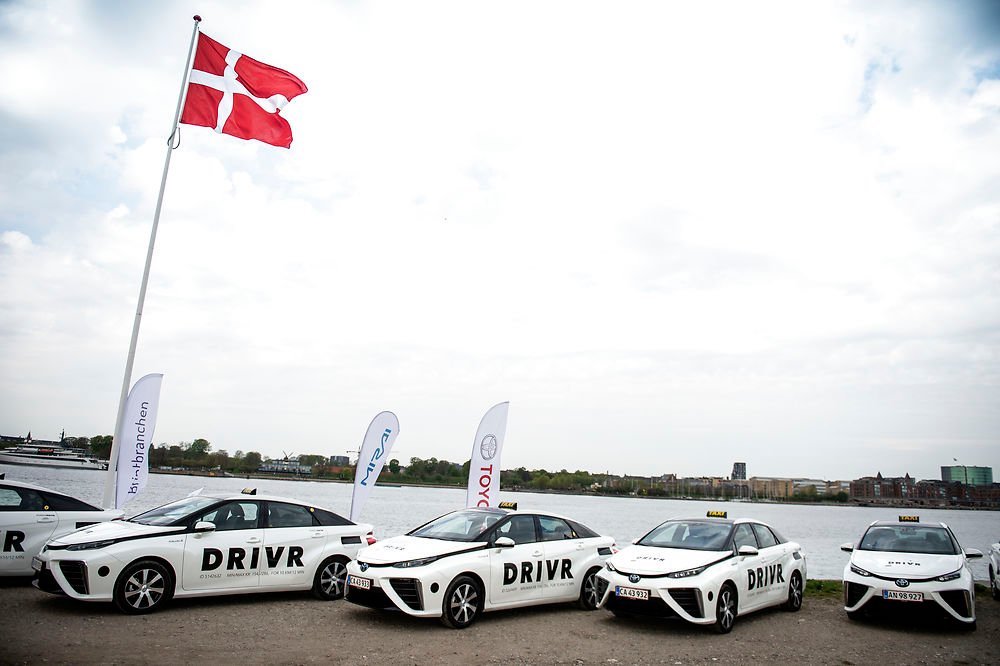 Toyota and Danish taxi service DRIVR have put more than 100 Toyota Mirai hydrogen taxis on the roads in Copenhagen.

The Danish government aims to have no new taxis emitting CO2 or air pollution from 2025, while all taxis must be zero-emission by 2030.

“There is no doubt that the taxi industry is a key driver of the green transition. They are in constant operation and travel many kilometres, especially in the big cities every single day. The switch from black diesel to green hydrogen ensures the same operation and flexible mobility, just without harmful emissions,” says Tejs Laustsen Jensen, CEO Hydrogen Denmark.

“The many new taxis help create the necessary take-off of hydrogen at the service stations, which is essential for the development of the infrastructure. And then the taxis are rolling showcases for green hydrogen technology, which is an area where the strong Danish value chain of subcontractors is among the world’s best.”

DRIVR has also been chosen by the City of Copenhagen to act as the city’s “ad-hoc taxi service,” meaning that children with disabilities, mentally challenged citizens, citizens on their way to the hospital, municipal employees on duty and politicians will in future be transported completely emission-free in hydrogen cars when driving by taxi.

“We are incredibly proud that DRIVR has been entrusted with the important task of helping the municipality drive Copenhagen greener, and we are very grateful for the cooperation with Toyota, which has enabled us to fulfil the task of the many new Toyota Mirai hydrogen cars,” says Haydar Shaiwandi, DRIVR’s CEO.

The Toyota Mirai taxis seem to be garnering attention, as well. The company says that there is a “growing interest in hydrogen cars in the taxi industry.”

The taxi service has come as a result of the Hydrogen Mobility Europe 2 and Zero Emission Fleet vehicles For European Rollout projects, supported by The Hydrogen And Fuel Cell Joint Undertaking. The project aims to spread hydrogen solutions for transport across the EU and has contributed to both wagons and hydrogen refuelling stations in Denmark.