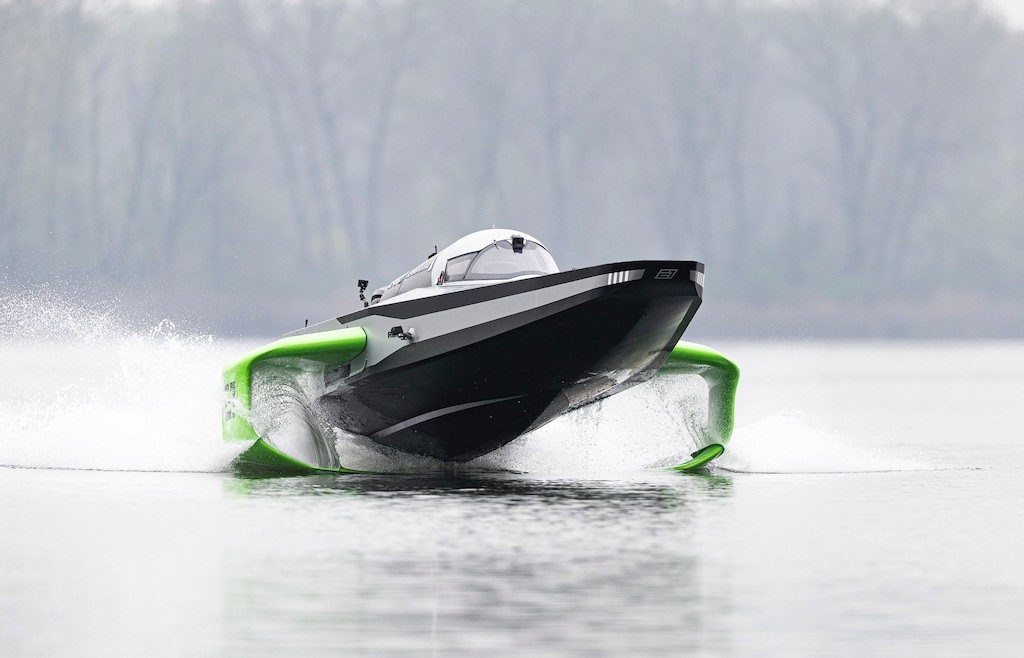 Engineers have successfully begun water testing of the RaceBird – an all-electric, single pilot foiling boat that will soon be racing in the E1 World Electric Powerboat Series, a championship racing series created specifically for electric boats. The RaceBird has been developed as the official racing vessel for E1.

E1 shared details of its first technical testing through a press release accompanied by a short video of the RaceBird in action. The 100% electric racing boat is powered by a 150 kW Kreisel battery and an outboard motor developed by Mercury Racing.

According to E1, the first flight on the River Po in northern Italy kicks off several weeks of straight-line tests, qualifying runs, and race simulations focused on performance analysis and data collection – more specifically, the foiling and handling characteristics in different racing conditions.

Alejandro Agag, the founder of Formula E and Extreme E championship series and now co-founder & chairman of E1, said, “Putting the RaceBird on the water for the first time is a pivotal moment for the E1 world championship. We’re now one step closer to making electric racing on the water a reality.

“I remember very well the same scenarios we encountered during the early stages at both Formula E and Extreme E, and just like on those occasions this is a major breakthrough on E1’s journey. Seeing the RaceBird fly proves to me that we can use this exciting, new sporting platform to drive technological innovation in the marine industry and create something spectacular.”

The debut season of the E1 series is scheduled to begin in Spring 2023, but the team says that the public will be able to see the RaceBird on display in the water soon.