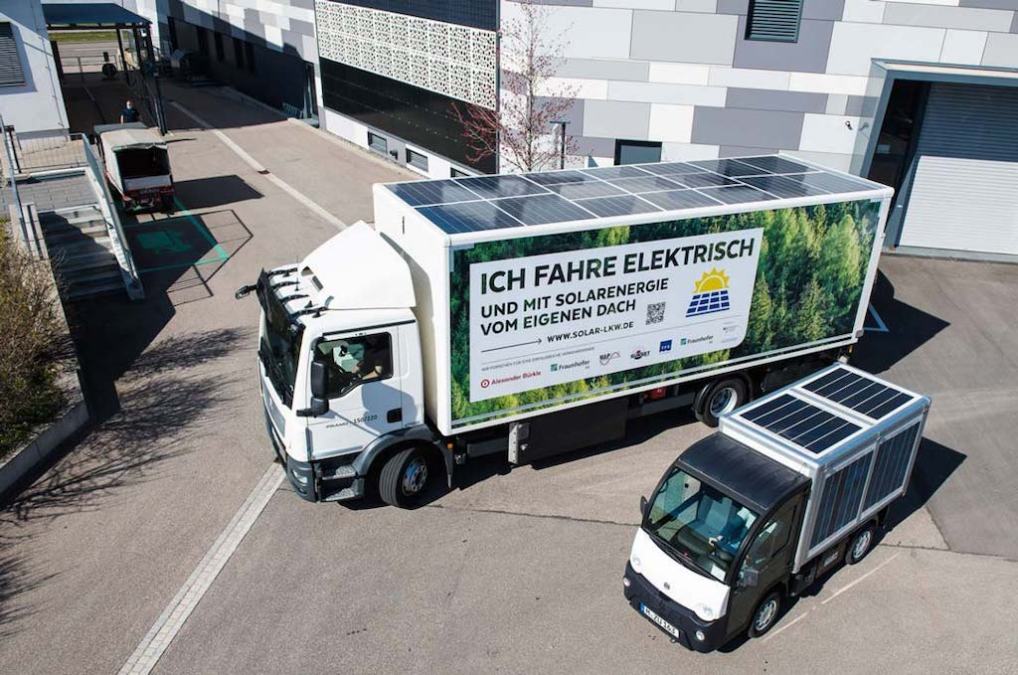 An 18-ton truck equipped with a 3.5kW photovoltaic system on its roof has been approved for use on Germany’s roads.

The solar power produced directly by the vehicle could meet 5 to 10 percent of its energy needs, says the Fraunhofer Institute for Solar Energy Systems (ISE), which developed the solar modules and power electronics.

“With the successful commissioning of our high-voltage photovoltaic system, we have achieved our goal of demonstrating the feasibility of vehicle-integrated photovoltaics for heavy-duty e-commercial vehicles. The components integrated into the truck work as expected,” explains Christoph Kutter, project manager at Fraunhofer ISE.

The particularly lightweight and robust PV module prototypes developed by Fraunhofer ISE were built by Sunset Energietechnik. To create the first demonstrator vehicle, TBV Kühlfahrzeuge has integrated the modules into the box body of a Framo electric truck.

The roof-mounted solar modules are connected in series to ensure that current yields are high but the material and cabling costs are low, meaning the resulting voltages of up to 400 volts could pose a safety risk in the event of an accident. Key to gaining approval for use on public roads was the development of safe power management and a specially developed disconnection device.

The truck is now being put through its paces in daily use by electronics systems developer Alexander Bürkle operating in the Freiburg area. It will be tested for a year to validate the electricity yield forecasts and monitor the components under real conditions. Furthermore, the trial will help validate an energy forecast model “IVImon” developed by the Fraunhofer Institute for Transportation and Infrastructure Systems, which manages the range, charging times and power generation for different routes depending on the consumption in the vehicle and the solar generation.