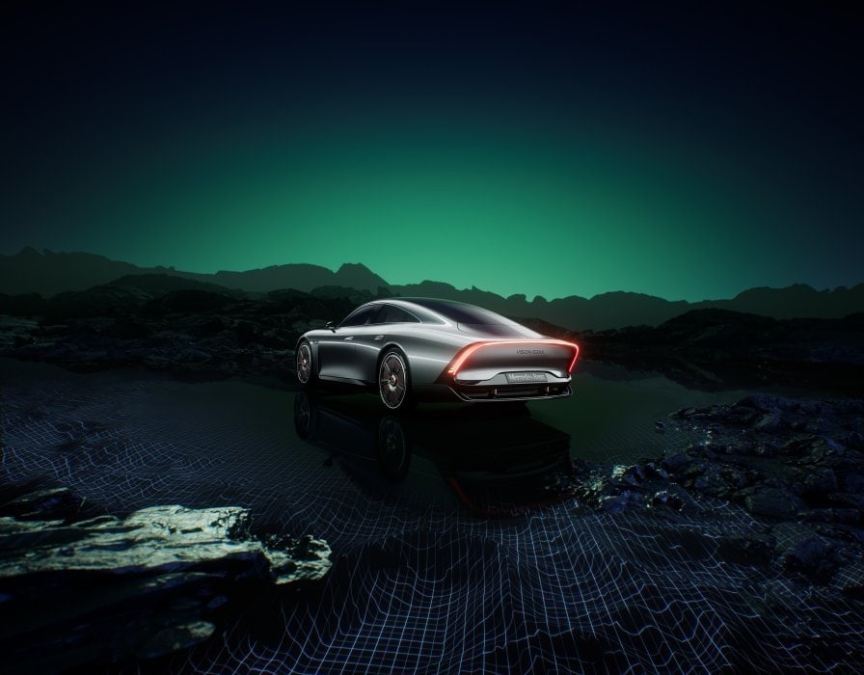 Mercedes-Benz has unveiled a prototype electric vehicle it claims can travel more than 1000km on a single battery charge. The German carmaker says the Vision EQXX is “the most efficient Mercedes-Benz ever built.”

Its power consumption of around 10 kWh of energy per 100km is due in part to the exterior design and aerodynamics, which achieve a drag coefficient of 0.17. This is of particular importance for electric vehicles, says Mercedes, because two-thirds of the electric energy is needed just to counter the air resistance.

The car is “packed with efficiency improvements” and during digital simulation tests of real-life traffic simulations managed to exceed 1000km of driving on a single charge, several times further than the distance most available EV models are capable of driving.

The VISION EQXX, boasts an energy efficiency of 95%. This, says Mercedes, means that 95% of the energy stored in the battery reaches the wheels. By way of comparison, a vehicle with an efficient internal combustion engine achieves around 30% and an average human long-distance runner achieves around 50%. A dedicated team of Mercedes-Benz engineers worked with the motor-racing specialists from High Performance Powertrains (HPP) and Mercedes-Benz Grand Prix (MGP) to develop a highly efficient and compact electric powertrain and a lightweight battery housing. They have spent many years working to reduce mechanical friction to a minimum so that the power reaches the racetrack with as little loss as possible.

And instead of just making the battery bigger and thus heavier, the energy density has been significantly improved – to 200 Wh/kg. This enables the battery to store 100 kWh, whilst taking up 50% less space and weighing 30% less than batteries with comparable capacity. State-of-the-art silicon anodes have been used in combination with ultra-lightweight materials from Formula One and Formula E, for instance, which has significantly increased the battery capacity.

The auxiliary electric system draws additional energy from solar cells on the roof. This reduces the energy demands of the high-volt system and ultimately leads to more range. On a single day with ideal conditions, this can produce up to 25km extra range for long-distance journeys.

“The Mercedes-Benz Vision EQXX is how we imagine the future of electric cars,” said Ola Källenius, chairman of the board of Daimler and Mercedes-Benz. “It has a range of more than 1,000km on a single charge using a battery that would fit even into a compact vehicle. The Vision EQXX is an advanced car in so many dimensions — and it even looks stunning and futuristic. With that, it underlines where our entire company is headed: We will build the world’s most desirable electric cars.”