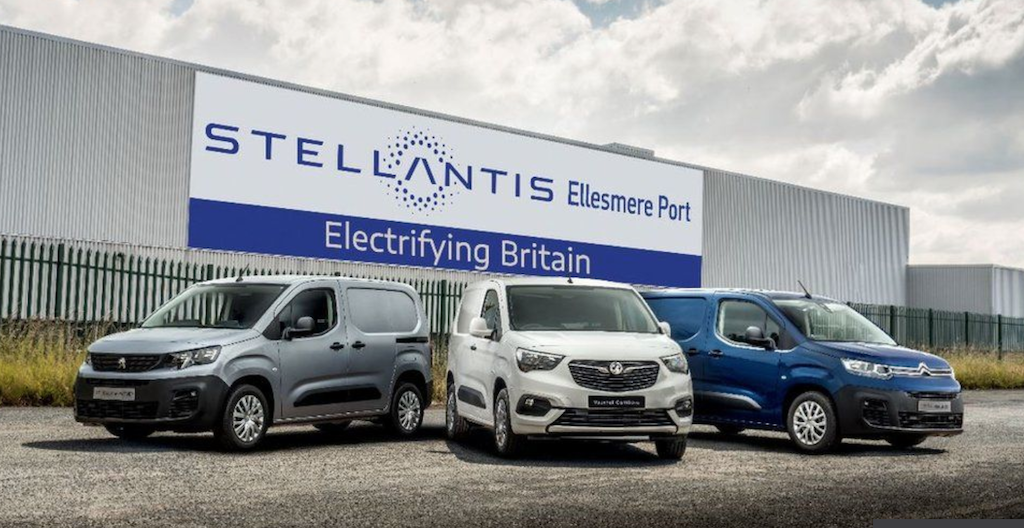 Stellantis announced it will build full-electric versions of its Opel/Vauxhall Combo, Peugeot Partner and Citroen Berlingo small vans at its factory in Ellesmere Port, northwest England.

The automaker will spend £100 million to convert the factory for electric-vehicle production starting at the end of 2022.

The plant will become the first in the Stellantis production network to build only electric vehicles.

The decision secures the future of the plant, which has been uncertain since Stellantis decided to move production of the new-generation Astra Tourer station wagon from Ellesmere Port to Opel’s home factory in Ruesselsheim, Germany.

The electric vans will be built in Ellesmere Port for the UK and for export to continental Europe. The factory will produce panel and passenger versions. Battery packs will be assembled on site, but cells will be imported from Europe.

The plant’s annual production will be 50,000 units a year initially on a double shift system, well below the 160,000 units that the factory was capable of building at the height of Astra production. A third shift is planned to increase production to 60,000, said Stellantis global head of production, Arnaud DeBoeuf.

Stellantis had considered building the new Astra in Ellesmere Port, but decided van output made more sense. The van has many advantages over the Astra, said Stellantis global head of production, Arnaud DeBoeuf.

Van sales are surging across Europe, partly due to the growth in demand for online delivery services. Stellantis said the zero-emissions vans built in Ellesmere Port will help to make a significant contribution to reducing emissions in towns and cities, while the passenger versions will enable families to enjoy a “zero emission” active life with up to seven seats.

And as DeBoeuf puts it, “We have full-electric so we are free to export to Europe without any problem with tariffs.”

The Ellesmere Port investment will safeguard the future of jobs at the plant as well “thousands of jobs across the region in the supply chain,” Stellantis said. Currently the plant employs around 1,000 people.

The investment includes support from the British government, which Stellantis CEO Carlos Tavares had said in March was essential for Stellantis to invest in the plant. No figure was given for the government’s investment but it is understood to be about £30 million.