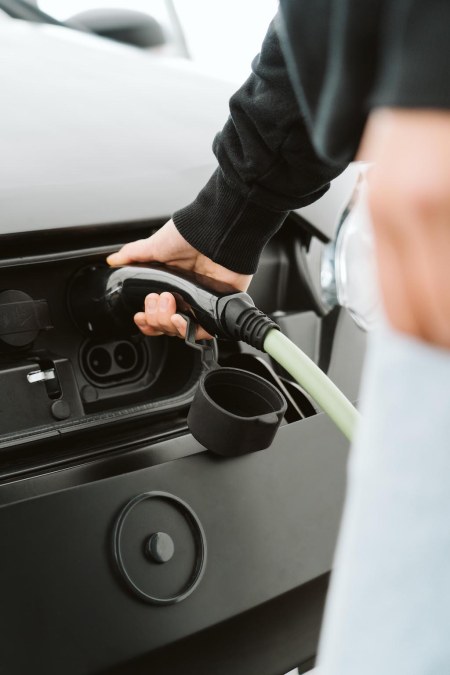 The city of Utrecht, the Netherland’s fourth largest city, and EV car sharing and bi-directional charging operator We Drive Solar have done a deal with German EV developer Sono Motors to provide the city with 100 of its Sion solar cars. The initiative supports Utrecht’s goal of becoming the first region in the world with a bidirectional EV charging ecosystem.

Sions, which incorporate range-extending solar panels in the vehicle’s body, are one of the first cars to offer vehicle to grid capabilities. They will access We Drive Solar’s bidirectional chargers and feed energy back to the grid through their 54kWh batteries.

This will allow the energy stored in the car’s battery to reduce grid instabilities by delivering 11kW either directly to other electric vehicles and homes or back into the grid via the bi-directional on-board charger.

Combined, the 100 Sions will be able to provide 1.1 megawatt peak power to the city, which says Sono, is equivalent to the energy generated by a photovoltaic power plant the size of two football fields.

“This is the perfect project for Sono Motors to further our vision of a world free from fossil fuels as it is a clear demonstration that electric vehicles can support the transition of the energy sector as a whole,” stated Jona Christians, CEO and co-founder of Sono Motors.

“We are very pleased to collaborate with an innovative company like Sono Motors. They are the perfect partner for this venture as they already incorporate the use of solar energy, sharing and bidirectional charging into their product offering” said Robin Berg, Director of We Drive Solar in a statement.