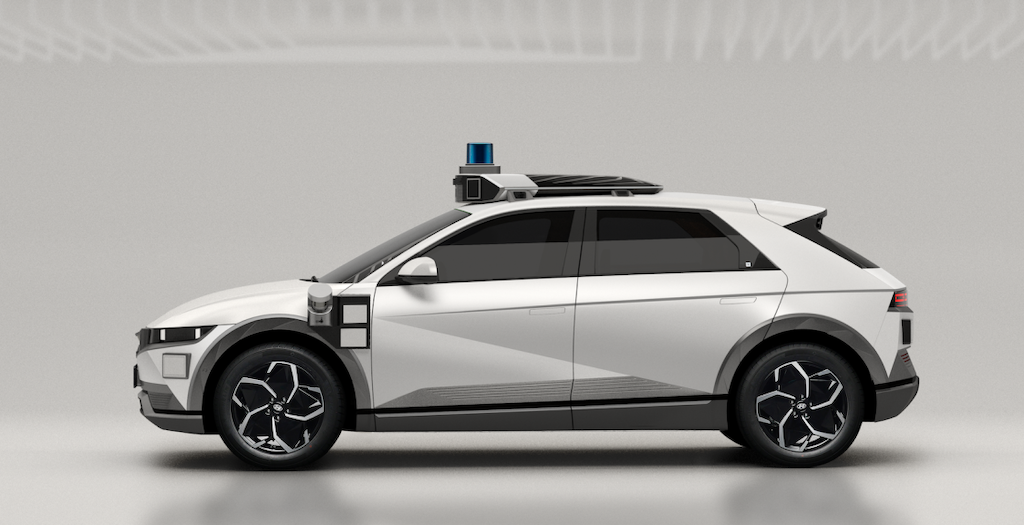 Based on the all-electric Hyundai IONIQ 5, the IONIQ 5 robotaxi is an electric Level 4 autonomous vehicle that Motional says remains on target to begin transporting public passengers in 2023 through a partnership with Lyft.

The robotaxi has more than 30 sensors – a combination of cameras, radars, and lidar – that provide robust 360-degree perception, high-resolution images, and ultra-long range detection of objects for safe autonomous operation in diverse driving environments.

Woongjun Jang, Head of the Autonomous Driving Center at Hyundai, says, “Hyundai Motor has evolved its IONIQ 5, a battery electric vehicle built on its EV-dedicated platform, into a platform for fully autonomous vehicles. For the IONIQ 5-based robotaxi, we have applied various redundancy systems, in addition to a suite of essential technologies to ensure safety and convenience of the passengers. By successfully integrating the Group’s IONIQ 5 robotaxi with Motional’s autonomous driving technology, we are proud to announce that we have achieved another important milestone on the road to the commercialization of our robotaxi.”

“This robotaxi represents Motional’s vision of a driverless future becoming a reality,” adds Motional President and CEO, Karl Iagnemma. “Through our strategic partnership with Hyundai and Aptiv, we have unparalleled automotive and software expertise across our entire vehicle development process. This deep collaboration enables us to manufacture a robotaxi that’s both highly safe and reliable, and is cost-optimized for global production and mass commercialisation.”