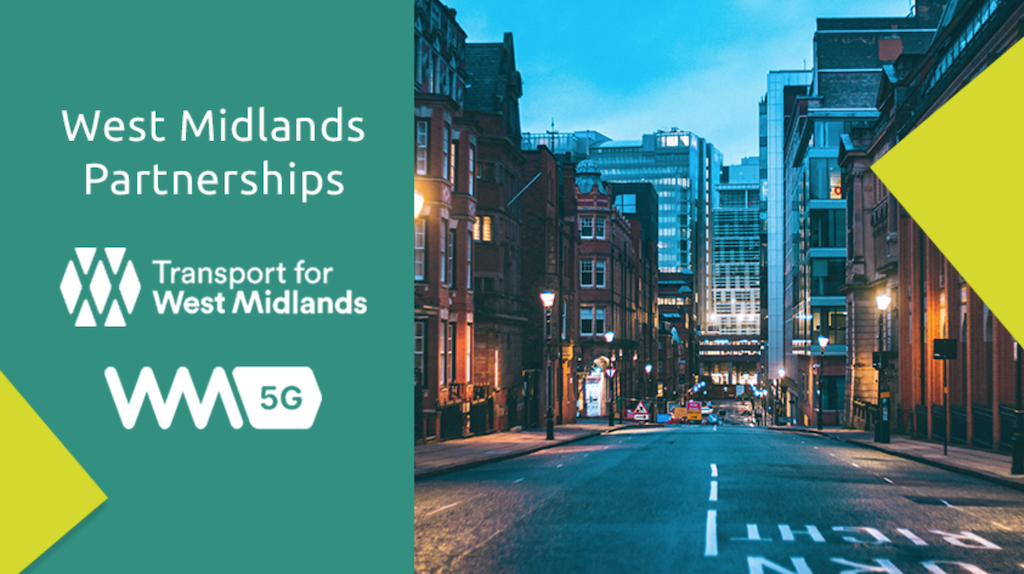 Major roads across the UK’s West Midlands region, centred around second city Birmingham, have been equipped with an extensive network of 5G sensors to create an integrated approach to traffic congestion that cuts across the jurisdictions of a number of local highways authorities.

The project, led by West Midlands 5G (WM5G), a government-backed initiative set-up to develop the UK’s first region-wide 5G testbed, captures live traffic information that feeds into a regional control centre and enables swift action to be taken as queues build up – for instance by diverting buses, implementing diversions and issuing instant warnings to motorists.

The project centres around the Key Route Network, a set of A and B roads equivalent to 7% of the available network but which carry over half of all traffic within the region.

In its first phase, the project aims to capture a more granular picture of traffic flow through the deployment of various of 5G enabled sensors, radar and cameras across the key route network. This insight will prove critical in reducing congestion and predicting and managing increasing levels of traffic particularly during major events or incidents.

Transport for the West Midlands, which is part of the West Midlands Combined Authority (WMCA), and WM5G have been working with partners such as WSP, Siemens, Earthsense and Vodafone in delivering the project.

Mayor of the West Midlands Andy Street, who chairs the WMCA, said, “This sensor network is yet another example of how the West Midlands is at the forefront of 5G technology and the cutting edge of transport innovation. 5G is far more than just quicker streaming of movies, and this works shows the difference it will make to people’s everyday lives across the region.

“The Road Sensor Network project will form a key part of planning and developing our future transport network, allowing us access to data that would otherwise have not been possible without 5G. It will help make our roads safer and more efficient, this will give the West Midlands a critical advantage when considered for future development and investments.”

To date the region has relied on manual surveys of traffic flows using pneumatic tubes or limited coverage of CCTV and Automatic Number Plate Recognition (ANPR) cameras to gauge the number of vehicles and journeys being undertaken on the region’s roads. This approach is limited in terms of the data and information it provides, making it difficult to accurately predict or model transport activity on the road network.

5G’s high speed and low latency (the time from action to reaction) enables the data captured to be anonymised and transferred to the regional control centre in near-real time, building a more accurate simulation model of anticipated traffic and improving congestion management. It also supports the collection of a much richer set of data including pedestrian, cycle movements and supports evaluation of transport initiatives such as demand responsive transport and e-Scooters.

Cllr Ian Ward, leader of Birmingham City Council said, “Making the region’s roads greener, better connected and less congested will bring about a great number of benefits to residents and local businesses. Digital solutions such as the Road Sensor Network will be critical in delivering the insights necessary to action such tangible long-term change.”

The next stage of the £5.8 million Road Sensor Network Project will see around 280 sensors provided by Vivacity and Vaisala deployed across the seven constituent authorities of the West Midlands Combined Authority area. It is hoped the findings will support other regions in developing similar networks to ease congestion hotspots and more intuitively manage traffic flow.